If I keep up at the speed I was reading at in January, I’ll definitely hit over 100 read mark! In January I managed to read 12 books (almost 13 as I was over 75% finished another book). Here’s a look at my book shelf!

The Science Magpie by Simon Flynn 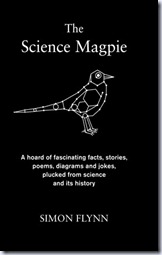 This is a collection of science related stories, facts, poems, jokes (I love science puns and jokes!) and diagrams. If you’re a little nerdy like me you’ll appreciate this. Nothing too heavy, the facts do not bog you down like other non-fiction books. I got a kick out of reading it and it was the perfect way to kick start the year! 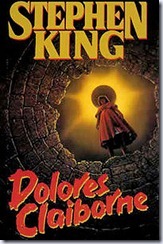 The first book read off my Reading Resolutions list! Which means it’s the first time I’ve read a Stephen King Novel. I don’t know why I’ve never read one before, probably because I was put off by the fact he writes a lot of horror books. If this is the same reason you’ve never read one of his books, then this is the perfect introductory book for you, more in the mystery genre than horror.

This one was recommended (and bought) for me by a friend. It’s the story of Dolores Claibourne, a woman in her mid-sixties who has been accused of murdering Vera Donovan, the old lady who has been her long term employer. The entire book is narrated by Dolores while she is being interviewed and while she denies that murder, she does delve into the depths of her past to explain why she murdered her husband years ago. I could barely put it down!

I’ve had this book for a long time, I got it for Christmas after reading The Guernsey Litary and Potato Peel Pie Club. I fell in love with books written in the form of letters and Amazon recommended 84 Charing Cross Road. It’s a true story of Helene Hanff, a New Yorker, and her relationship with the staff of Marks and Co., the second hand book shop at 84 Charing Cross Road, where she first writes to order some books. The book shows years of letter correspondence and my copy also included The Duchess of Bloomsbury Street, which was the book written after 84 Charing Cross Road and the success of the book and Helene’s eventual visit to London. A quick and charming read!

The Elegance of the Hedgehog by Muriel Barbery 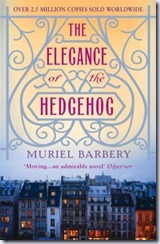 I have had 84 Charing Cross Road for years and never tried to read it until last month. And the next book I’ve had for years but I have tried several times to tackle it and failed. I bought The Elegance of the Hedgehog at the same time as The Guernsey Literary and Potato Peel Pie Club in 2009 and it’s taken me that long to finally get it finished. The problem with is that for the first 100 pages or so, the build up is slow and I hated the characters. After the introduce of a certain character who becomes the catalyst for change, I warmed to the characters and did enjoy the book. It is however steeped in lots of philosophical musings which frankly bored me (so much so that a skipped some of it shush!). If that sounds like your kind of thing then this book could be for you. 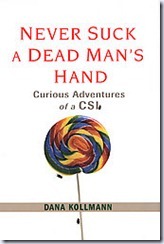 Back to another non-fiction! Never Suck a Dead Man’s Hand is a true life account of a Crime Scene Investigator. It isn’t all like the CSI TV shows! It was an interesting read but I thought it would grab me more. If you’re curious about this kind of thing, then this could be for you. It is of course pretty graphic in areas, don’t say I didn’t warn you! 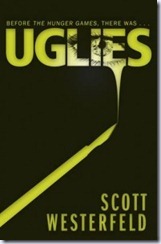 I decided to read this book after I saw this article about books people might enjoy if they liked The Hunger Games. In Uglies, once people turn 16 they have an operation that makes them a Pretty. Their only responsibility as a New Pretty is to party and have fun before having to get a job. Tally has been dreaming of becoming a Pretty and then she meets Shay, who decides she doesn’t want to become a Pretty. Tally is given an ultimatum: find Shay and bring her home or never become a Pretty. Suddenly Tally discovers there’s an ugly side to being a Pretty and that it’s not all cracked up to be.

I enjoyed this book and if you liked The Hunger Games, then this Young Adult, dystopian future novel is one you should enjoy too. 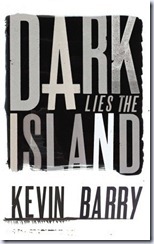 Dark Lies the Island is a collection of short stories by Irish author Kevin Barry. Most are set in Ireland. I did enjoy the books, especially the darker stories but there were a handful I didn’t like. But overall it was a good read. 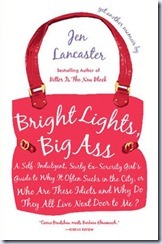 This is the second book by Jen Lancaster (the first being Bitter is the New Black). In this book she writes about the ups and downs of city life, that it’s not all swanky cocktail parties and shopping sprees. I decided to give this book a go as I had warmed to Jen’s character by the end of Bitter is the New Black. I like Jen’s style of writing, so much so that the next book I read was almost on of hers!

Such a Pretty Fat by Jen Lancaster (eBook) 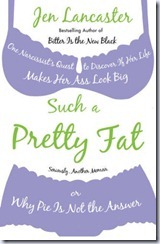 In Jen Lancaster’s third book, she tackles the pitfalls of diets and losing weight. It’s a refreshing, honest read about what often goes on in a woman’s head when she’s trying to get fit and healthy! Here’s the first page:

With a beginning like that you know Jen Lancaster will not hold off in telling you how she feels! A funny and honest memoir. 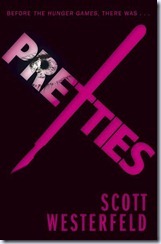 This is the second book in the Uglies series. I won’t give away too much as it might spoil some things. I did enjoy it and I’m looking forward to reading the next book. The only annoying thing is the Pretty slang, lots of references to being ‘bubbly’, ‘bogus’ or ‘pretty-making’. It does seem to be slightly over used but it is part of the Pretty characters.

This is the second book in the Hannah Swensen series. Hannah is the owner of The Cookie Jar, a bakery in the small town of Lake Eden, Minnesota. Hannah has a habit of stumbling upon murders and against detective orders she always decides to investigate! In this story Hannah gets a call from Danielle, the battered wife of Boyd Watson, the basketball coach at the local high school. Danielle has found her husband dead in their garage and rings Hannah to help her. Hannah must find the killer so Danielle is cleared off the suspect list. Was it a contestant in the Hartland Flour company’s Dessert Bake-Off that Hannah and Boyd had judged or are there other secrets in Boyd Watson’s life, secrets that could get him killed? An enjoyable read, I like the characters and the book comes complete with delicious recipes. 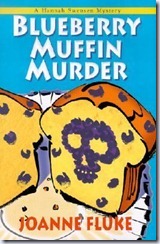 In Joanne Fluke’s 3rd book, Hannah Swensen, owner of The Cookie Jar, is tasked with showing America’s ‘Cooking Sweetheart’ Connie Mac around Lake Eden, in preparation for the Winter Carnival. Hannah soon discovers that Connie is not as sweet as she appears on TV. After Connie’s cake is ruined while being delivered, Connnie takes over Hannah’s kitchen to bake a new one. The next day Hannah opens the shop to discover the kitchen in a mess, as well as Connie’s dead body. Hannah rushes to find the killer so she can reopen her shop which has been closed as it is a crime scene. It was an easy fun read but I did have an inkling of who the killer was! These books are like the baking equivalent of Nancy Drew!

Number of fiction to non-fiction read- 7:5

Number of books borrowed from the library- 1 (Uglies)

Not a bad start to the year! A long post, I have a feeling the rest of the months won’t be this long though!