I finished 9 books in March, which both surprises but doesn’t surprise me. I didn’t think I’d get a lot read in March as I was in London twice (first time for a long weekend, the second time for a week) and I thought I would be too busy. But looking back over what I read, I see I managed to finish a good amount of books in London, probably thanks to travelling on the Tube and also on planes. 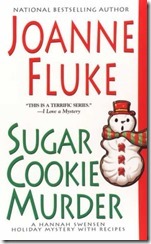 I feel like I’m cheating a bit by adding this as it’s more a novella but anyway! It’s another Hannah Swensen murder mystery, this time set at a Christmas party. It’s a very quick read and I think it was more put as to help a small part of the story along.

The Immortal Life of Henrietta Lacks by Rebecca Skloot 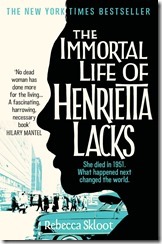 The Immortal Life of Henrietta Lacks tells the story of a poor Southern tobacco farmer in the 50s, how her cells became the first ‘immortal’ human cells and the life of her family since. While being treated for cervical cancer, Henrietta had some of her cells removed to be tested without her consent. From here they were discovered to be ‘immortal’, they never died off and HeLe cells were born. They have been one of the most important discoveries for science and the book tells how they have been used in science. But more importantly Rebecca Skloot works together with the Lacks family to try and tell the unknown story of Henrietta’s life and how it has affected her family. I found it very interesting and I couldn’t help but feel for the Lacks family, who can’t even afford to go to see a doctor when sick while companies make millions off their mother’s cells. I will say that the book is more to do with Henrietta’s family and what has happened to them over the years than about Henrietta, but that’s purely because there isn’t a whole lot of information out there about her. Just a heads up. 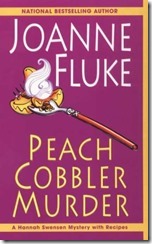 I decided to read something light after finishing The Immortal Life of Henrietta Lacks and I didn’t want to get into something before leaving for London, so I settled on the next book in the Hannah Swensen Mystery Series. Hannah is shaken when her old love rival Shawna Lee arrives back in town with her sister and opens up the Magnolia Bakery. While Hannah is troubled by this, she is preoccupied with the preparations for her business partner Lisa’s wedding. The night of the wedding, Hannah finds Shawna Lee has been shot in the Magnolia Bakery. Hannah is determined to clear her name from the list of suspects and try and solve this case. I did enjoy it, as I have with the others, but it’s nothing too taxing. It’s like Nancy Drew as an adult set in a bakery. A sort of guilty pleasure. 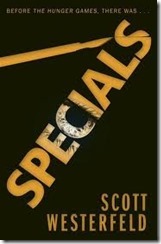 I decided I needed a book while travelling and didn’t want to read another Hannah Swensen book for a while so I decided to read the 3rd book in the Uglies series by Scott Westerfeld. I won’t give away too much about it in case you haven’t started the series yet. It continues on the story of Tally, who lives in a dystopian future. I wasn’t the biggest fan of the book, mainly because there’s such a big difference between the Tally in this book and the one in the two previous books. Though it’s still a must read if you have enjoyed the first 2 books.

Pretty in Plaid by Jen Lancaster 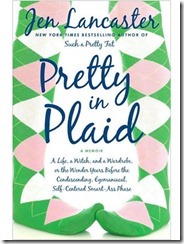 I surprised myself by how quickly I got through Specials and so I started Pretty in Plaid in London as well. Jen Lancaster tells stories from her childhood upwards but she tells them around a certain piece of clothing from that time. I found that idea interesting. If you’ve liked Jen’s other books then you’ll like this one as well.

The Mystery of Mercy Close by Marian Keyes 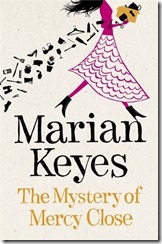 Upon arriving home from London, The Mystery of Mercy Close was waiting for me at the library and I couldn’t wait to get stuck in! I was a bit anxious about how a book revolving Helen, the youngest and most outspoken Walsh sister, would pan out but I was pleasantly surprised by how Keyes approached it. Helen is humanised by how her issues and struggles with depression are approached (which is definitely part autobiographical from Keyes’ own experiences with depression) while helping her ex-boyfriend find missing boyfriend band Laddz member Wayne Diffney before Laddz have their comeback tour. I loved the book, it’s definitely more than chick lit, which is what I expected from Marian Keyes before I had even read any of her books. 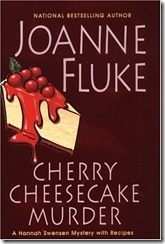 Another Hannah Swensen book, this time it revolves around the murder of movie director Dean Lawrence on set while shooting a movie in Lake Eden. Hannah also deals with the issue of responding to not just one but two marriage proposals. Will she pick handsome detective Mike or safe dentist with a fantastic sense of humour Norman?

Dreaming of Amelia by Jaclyn Moriarty 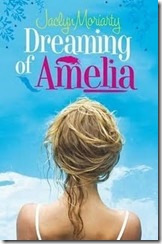 Dreaming of Amelia is book number 4 in the Ashbury/Brookfield series. While the books don’t exactly follow a strict timeline with each other, this book has the same characters as book 2 so there are some spoilers involved. So it might be best to read them in order though it’s not really necessary. This book is about Riley and Amelia, who have transferred to Ashbury. They have glamorous, talented and mysterious. What secrets do they hide? And is the school really haunted? Written in her usual epistolary fashion, Moriarty really had me gripped after a slow beginning, I love her style of writing! 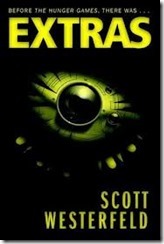 This book was started and finished in London during my second visit, the only book I read there as I was too busy that time round. It’s the 4th installment of the Uglies series and follows the story of Aya Fuse and her desire to become someone and not be an ‘extra’. Tally does make an appearance in this book but it’s a lot different because she’s not the centre focus. If you enjoyed the series you’ll probably want to read this as well to round out the story more.

Number of books borrowed from library- 2

Number of books from Reading Resolutions- 0

And that’s it! I have started two other books (non-fiction), so they’ll probably make an appearance in next month’s reads. I read a lot of eBooks mainly because I was in London and it was the handiest way to read.