I’ve ben in a slump when it comes to writing posts, even though I have loads of topics and photos to post about. I thought posting about books might help me! This is going to be a post about books I’ve purchased recently, physical (new and second hand), audio and e-books. 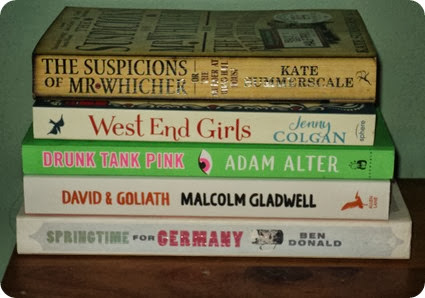 Drunk Tank Pink: And Other Unexpected Forces That Shape How We Think, Feel, and Behave by Adam Alter

The title of this books really gives away a lot of what it’s about! I picked it up as I like books that ‘uncover’ the reasons why we behave a certain way and how our thoughts and decisions are sometimes influenced by strange and unconnected reasons, the psychology behind all this.

I’ve enjoyed previous Colgan books and I picked this up cheaply thinking I’d need a book to read. Of course, I didn’t get around to reading it then!

Springtime for Germany: Or How I Learned To Love Lederhosen by Ben Donald

I picked this up cheaply in a charity shop. Well it would have been rude to leave empty handed right?! Main reason I picked this up is because I really like travel writing, specifically memoirs like this. In this book, the author goes to Germany to learn about different aspects of German culture. It does seem to have a few not so great reviews on Goodreads but I won’t let that stop me from giving it a go!

My second charity shop purchase. I had just finished The Cuckoo’s Calling by Robert Galbraith and was in the mood to give mystery stories a chance. This title rung a faint bell in my mind and sounded interesting (set in Victorian times, a family wakes one morning to find one member has been murdered and Jack Whicher from Scotland Yard has been sent in to crack the case).

David & Goliath: Underdogs, Misfits and the Art of Battling Giants by Malcolm Gladwell

I am so excited to get this! I’ve read two of Gladwell’s books so far (What The Dog Saw and Blink) and I love his style of writing. I decided to use up the last of the book voucher I got for my birthday last year and also got another Books Are My Bag tote bag! The book is about how the underdog succeed more than they should, the hidden dynamics that allow the weak and small overpower the strong and mighty. Really looking forward to getting stuck in

The Magic of Reality: How We Know What’s Really True by Richard Dawkins (not pictured)

I wrote about getting this book in my Books Are My Bag post. I don’t have the book at the moment as my aunt went walkies with it. She claims her dog Lucy is currently reading it! 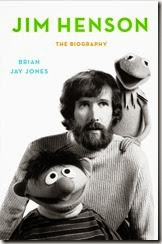 I got a free download from Audible.com from a podcast offer and I decided to wait until the release date of this audio book (Sept 24th, Jim Henson’s birthday) to get this book. Jim Henson is someone who I’ve been meaning to look into more, he’s a fascinating man and nearly everyone has grown up loving some form of his creations. I haven’t had a chance to listen yet but I suspect I shall be listening to this for the next 2 weeks or so while getting some packing down!

Amazon has had a lot of offers on, I couldn’t resist buying some books! I think my e-book collection to read is beginning to rival my physical books I own to read collection!

A Song of Fire and Ice series by G.R.R.Martin 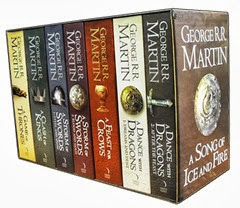 I bought the first book (A Game of Thrones) during the summer when it was 99p but at the beginning of October the rest of the books went on offer for 99p each and I couldn’t resist getting them! I was going to buy the physical copies eventually and I still might if I enjoy the series but for now I’m happy I got the entire series for about the same price as just one of the books! 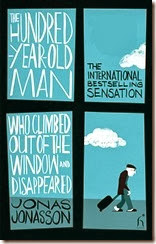 I actually ordered this from the library the same time as The Unlikely Pilgrimage of Harold Fry (which I read last month) and when this came in to the library after, I couldn’t face reading it after just reading a book about a man doing an extraordinary walk. So when I saw this was on offer for 99p the same day it was due back from the library, I decided to purchase it so I can read it later on.

You Can Beat Your Brain by David McRaney 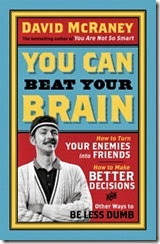 This book also goes by the title You Are Now Less Dumb (sidebar, I hate when the names of books are changed. I got all excited seeing a new book by Danny Wallace until I read the back and realised it was his last book under a new name!). Anyway, I finished McRaney’s previous book You Are Not So Smart in June, saw this on offer for 99p Saturday night on Amazon and decided I’d probably enjoy it since I liked the first book. It’s possibly still on offer this week if you head of to Amazon.

And that’s it for now! I really do need to start digging into books, I’m going to try put an ordering ban on library books until I get through some of the books I own. Though that might prove to be hard seeing as I’ve already gone through my Goodreads and marked the books that are in the Manchester Libraries for when I move there next month! Help, I have a reading addiction! I suppose it could always be worse though.