25 Before 25: Host a Tea Party/Host a Fundraiser

I knew from the beginning of my 25 Before 25 that these two entries would be together. I’ve wanted to raise money for Breast Cancer Awareness Month for a while now, it’s something close to my heart after seeing my Nana die from it and seeing other family members battle it. I had seen the Get The Girls ‘Round campaign last year and thought it was the perfect idea. Straight away I knew I wanted to do a tea party, it was perfect for all ages and I could bake away to my hearts content! Here’s some of the pictures from the event. 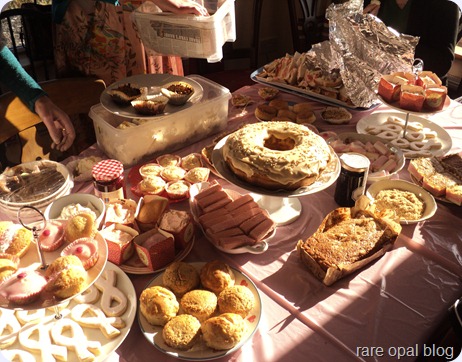 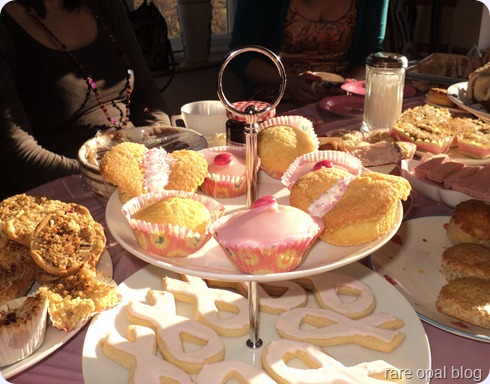 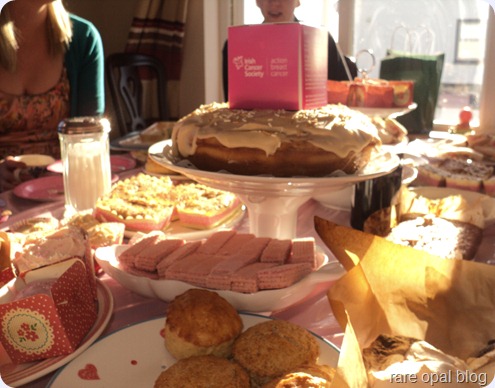 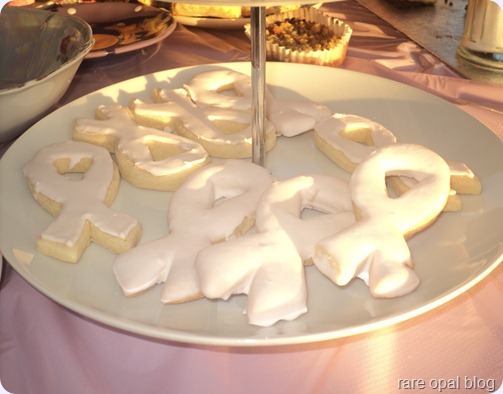 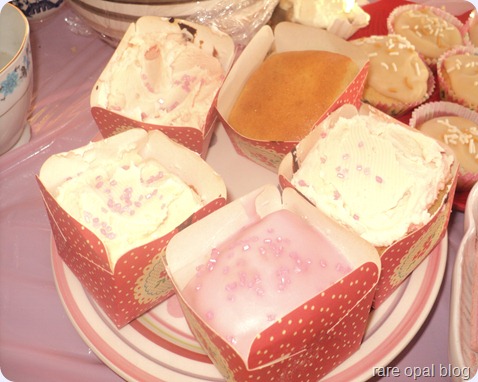 Those adorable bun cases above (and in the 3rd photo) were very kindly sent to me by Orla from Irish Girl in London.

As you can see I went with the pink theme. I made the bunting above in the second photo, as well as a skirt for the occasion (which I will do another post about!). We had some jazzy tunes playing and I had collected tea cups from charity shops all through the summer. Local businesses kindly donated gifts towards a raffle and since people brought along a load of other baked goods (we had another table covered in goodies!), we had an impromptu bake sale the next day after Mass. I have yet to finish counting the money raised, as I keep getting donations in, but so far we’ve raised in around the 500 Euro mark! Very happy with that, I was hoping to get around 200 Euro so I’m delighted.

And here’s a shot of the aftermath! 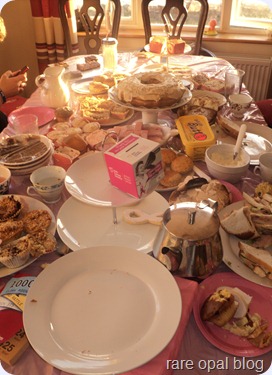 That doughnut looking cake in the background was delicious and I will have a separate post with the recipe for that!