NOW That's What I Call Music! Collab with Behind Green Eyes Part 2 #BEDM

My second post in the NOW collaboration with Sharon from Behind Green Eyes (you can check out her second post here). This time around I'm doing NOW 47. I picked it partly because I read a song from it the other day and it reminded me of this particular compilation. NOW 47 was released November 2000, so I definitely got it for Christmas! I had just turned 13 and was in first year of secondary school, still living in a tiny 3 bedroom cottage that had 7 people crammed in, soon to be 8! And it actually snowed that Christmas! 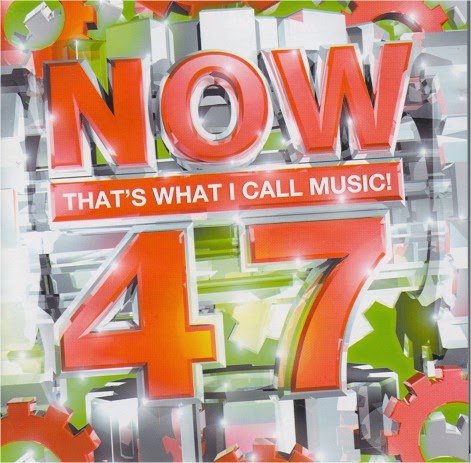 NOW 47 contains 10 UK Number 1s, which is quite impressive. Again, looking at the track listings, I seem to have preferred Disc One over Disc Two.

Disc One, track one! I was a big Robbie fan and really loved the song. It's still a great song to listen to but the video turns very weird towards the end.

Lady (Hear Me Tonight) is from French house duo Modjo. I love the funky vibe of the song, which is mainly due to the guitar sample from Soup For One by Chic. 13 years later and another French duo along with the help of Nile Rodgers hit the number one spot (I'm talking of course about Daft Punk and Get Lucky). It's kinda cool to see that my love of that song and type of music probably started by liking a song like Lady (Hear Me Tonight).

I Turn to You- Melanie C (Disc Two)

I always think I don't like dance music but when I go through the NOW CDs, there's always some dance hits that I love. And this is no exception. I still love to listen and dance to this one, I love the energy! This NOW has a song from Spice Girls (Holler) and three solo songs (I Turn to You by Melanie C, Out of Your Mind by True Steppers and Dane Bowers ft Victoria Beckham and Tell Me by Melanie B).

Like many Irish girls my age, I was a massive Samantha Mumba fan. Just listening to this one now makes me want to go listen to all her songs. Body II Body samples Ashes to Ashes by David Bowie. Gotta Tell You is probably my fave song by Samantha Mumba but this follows in second. Though like many Irish people, listening to this song probably reminds you of that car safety ad. While those ads are effective they ruin the songs associated with them!

This is the song I heard last week that reminded me of this particular NOW CD. It makes me want to listen to all the garage songs I loved around this time!

You can't mentioned UK garage and RnB and not mention Craig David! Though my favourites by him are What's Your Flava? and Women Trouble by Artful Dodger, which he features in. This one is still a solid track though.

Another Robbie song on the same disc! Just shows how popular he was back in the day. This is his duet with Kylie Minogue, who I started to like when Spinning Around came out (I bought the single if I recall correctly!). This song is pretty raunchy! I think I knew it at the time but looking back I probably didn't fully realize it. This song works so well though as Robbie and Kylie have such fantastic chemistry.

This song is from Coyote Ugly, which I didn't see at the time it came out but saw it a few years later. My current self appreciates Tyra Banks being in it and I want to rewatch it again because of her! The song is great to belt along to, I still remember the words!

I almost typed It's Gonna Be May when typing out the name of the song! I don't remember being a massive N SYNC fan back in the day but I did enjoy some of their songs. I think I appreciate their music more now actually! This video is fun but a bit weird too. Though we do get to enjoy some classic ramen haired Justin.

I saved probably my favourite til last! Though that is a hard choice considering there are loads of songs I love. I love the music, I love Anastacia's voice and I love singing along! I like to think I can sing like Anastacia but let's get real, I definitely can not! It's my favourite song by her as well.

There are others from the CD that I enjoy, like Pure Shores by All Saints, but I've decided to leave it at 10 songs from today. I'll of course post a link to Sharon's post later on, I'm really looking forward to her one! Any of these bring back memories? Would you have picked other songs from NOW 47 as your favourite? Let me know in the comments below!
Posted by Breige at 3:22 PM