Final reading wrap up for 2015! Not a massively busy month, I spent a lot of time crafting presents for Christmas and being too sick and miserable to read but I did manage to finish all my PopSugar challenge books! I’ll be doing a post in a few days about that though with all the books listed in one place.

Body 115: The Mystery of the Last Victim of the King’s Cross Fire by Paul Chambers

One of the PopSugar challenges was to read your mother’s favourite book and while this probably isn’t her absolutely favourite (I’m sure if she had to answer she couldn’t, just like I couldn’t), it was the one that sparked my interest most out of the handful of books she thrust in my hands. In 1987 there was a massive fire in King’s Cross Tube Station and for years there was one person unidentified, Body 115. This book tells the story of how the fire happened, the aftermath and most importantly all the hard work put into finding out who Body 115 was. It was upsetting in parts to read how people suffered in this horrefic accident but it was fascinating to get a look behind what happens in such an event and especially all the different routes taken to finally get a positive match.

My True Love Gave To Me edited by Stephanie Perkins

This is a collection of holiday themed short stories by popular YA authors like Stephanie Perkins, Rainbow Rowell, Holly Black and Laini Taylor, to name but a few. I really enjoyed this book, it helped me get back into reading after feeling sick and poorly and also gave me a chance to read a few new authors that I’ll probably check out this year. I didn’t love all the stories, and that was ok! If there any authors on here you didn’t like, you can definitely skip them. Or you can read the book out of order, either reading your favourite authors first or saving them for last! A sweet collection and something I’ll possibly return to next Christmas to get me in the festive mood. 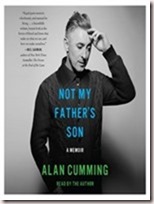 I’d heard a lot of good things about this book and even own it on ebook but when I saw it on Audio on offer I decided to buy it as I love Alan’s accent! This book goes back on forth between two main timelines: when Alan was younger and the abuse he suffered as a child at the hands of his father, and also when he is about to start filming Who Do You Think You Are and his father drops the bombshell that he might not even be his son. Having already seen the Who Do You Think You Are episode, all the revelations were not new to me but that didn’t matter, Alan’s background thoughts and feeling during the filming are insightful and in fact I think I might rewatch the WDYTYA episode now that I know what was going on in his life. The childhood stories do have some happier times too, which was nice to hear too as it doesn’t turn the book into misery-memoir territory (though the horrible scenes were upsetting). Well worth the read and well worth the listen too as well.

Dreams of Gods and Monsters by Laini Taylor 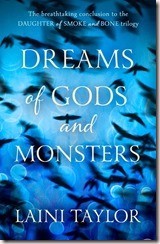 The final book in the Daughter of Smoke and Bone series. Overall I enjoyed the series but I think I might need a reread at some stage, as I was distracted and a bit anxious. I felt like this could have had some parts left out and been a stronger book but again, a reread might make me think more favourably towards the series. It is a solid YA trilogy though, a lot more so than others I’ve read, so don’t let me put you off!

The Teatime Islands by Ben Fogle 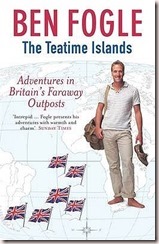 Ben Fogle decides to visit some of harder to reach British Outposts, going to 6 islands in one year: Tristan da Cunha, St. Helena, British Indian Ocean Territory, Pitcairn Island, Falkland Islands and Ascension Island. I did enjoy this book, it’s a great start to a short introduction to these islands and the life on them, it’s left me curious and has had me Googling various things about the islands so no doubt it’ll stick in my mind for a while. The one major downside is how dated it is by now, a good decade has past and I’d love to know more about what it’s like on these islands. A pleasant, light travel read. 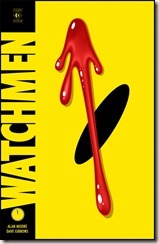 My final book of the year, started a good few months ago! To be honest I didn’t really like this book, I felt the story was too confusing for me at times and I wanted to skip pages. Again, a reread might do me the world of good with this, what with the distraction and anxiety this month. Maybe I’m just not a comic person (I’m sure some people think I’m a heathen for not enjoying this!). Some of the colour work is stunning though, it really caught my eye and I might have another glance over those pages to truly appreciate it.

Number of Audio Books- 1 (Not My Father’s Son)

A Trilogy (book 3)- Dreams of Gods and Monsters

A Book That Came Out the Year You Were Born- Watchmen

And that’s 2015 over with! All going to plan, I’ll have a few book posts coming in the next few days (A look at 2015 Reading including stats and PopSugar Challenge, 2016 Reading Resolutions and 2016 Releases posts at the very least). I’m excited for the bookishness 2016 will bring!