June already! And the sun is shining, perfect weather for some outside reading (which is what I’ve been doing). And I hit 40 on my Goodread’s reading goals, I’m pretty close to my second target of 50 (Originally it was 30 but I upped it once I reached that). I read 6 books this month and I’m 75% through with the one I’m currently reading.

The Handmaid’s Tale by Margaret Atwood 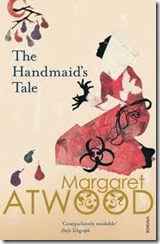 I finished this on the 1st May, oh so close to having it an April book! It really should have as I had started it before the last 3 books I read in April, I just couldn’t help myself from reading them first! I did like the story and the concept, it was interesting. It’s set in a dystopian future, where women are either Handmaid’s (assigned to high ranking military men to bare their children), the wives of high ranking military men and who would ultimately raise Handmaid’s babies as their own children, domestic servants or econowives (married women who couldn’t afford to have servants or Handmaid’s), all in the name of 'protecting women’. I did think it took a long time to actually get interesting. And the author’s lack of quotation marks for dialogue was highly frustrating. I didn’t really like the ending, it left things hanging in the air and was a bit abrupt for me.

The Great Gatsby by F.Scott Fitzgerald

I reread this as part of my Reading Resolutions for 2013. I had read it a few summers ago but it was rusty in my mind and I wanted to reread it before I see the film (which I still haven’t gotten around to!). Classic American tale set in the 1920s about Jay Gatsby, a man who appears to have everything but secretly yearns for the one thing he can’t have. Full of the glamour and opulence of the Roaring 20s with well thought out characters. I definitely enjoyed reading it a second time round, it has stuck with me a lot more this time.

Christmas at the Cupcake Cafe by Jenny Colgan 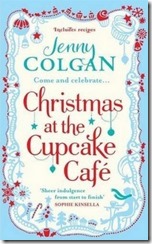 The second Jenny Colgan book involving Issy, the owner of the Cupcake Cafe in Stoke Newington, her two staff members Pearl and Caroline, her boyfriend Austin and his 12 year old brother Darny. The big problem here is that Issy loves her cafe but Austin has been offered an amazing new job in New York. Will one sacrifice their career or will their relationship be the one to end? To be honest, I didn’t like it as much as the previous Cupcake Cafe book, the book has so much anxiety in it and I don’t like reading that. I’m not sure if I liked the ending of not, I guess if there’s a 3rd book in this series I’ll have to see if that changes my mind.

The Dinner by Herman Koch 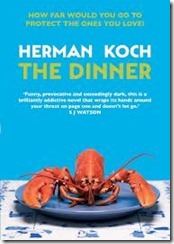 I was speaking to a friend about books I was reading and after I mentioned Gone Girl, she suggested this book, mainly because she wanted me to read it and tell her if she should read it! It has been hailed by some as ‘the European version of Gone Girl’. The story takes place over dinner one night between 2 couples, where they have come together to talk about their sons who have been caught committing a crime on CCTV but only the parents know who they are in the video. Will they give their children up or will they do whatever it takes to protect them, regardless of what it will do to the families? I really disliked this book, I could not wait to finish it. I found the concept very interesting and I liked that, but I did not like any of the characters, I hated them all so it greatly impacted on my enjoyment of the book. I had another friend read this at the same time as me and we both had the same reaction to it. Not one I’d be quick to recommend. 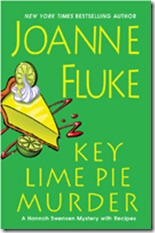 The return of the Hannah Swensen series! Book number 9. I decided to read it while I was reading the last book in this post, as I wanted something fun and light to read during non-fiction reading. When a baking contest judge at the Tri-County Fair ends up dead, Hannah decided to investigate. Not much difference really from the other books in the series, I don’t think I’m as enchanted with the series as I was at the beginning but I’ll keep reading as I’m interested to see what will happen with the characters and they are fun, quick reads. 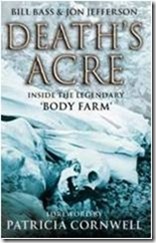 I picked this book as I’ve heard about The Body Farm here and there and thought it would be interesting to read the story from the creator of The Body Farm in Knoxville, Tennessee. The book was a lot different to what I expected, I thought there would be a lot about the Body Farm but it’s more the memoirs of Dr. Bill Bass, a forensic anthropologist, and some of the cases he has helped solved throughout the years. It does talk about the Body Farm and how it helped with cases but it’s not exclusively based around the Body Farm. I found it to be an interesting read nonetheless and others interested in death and forensics should find it so too.

Number of books borrowed from library- 4 (all the rest)

Number of books from Reading Resolutions- 1 (The Great Gatsby)

And that’s May finished! If the weather keeps up being great, hopefully I’ll get through a lot more.

Email ThisBlogThis!Share to TwitterShare to FacebookShare to Pinterest
Labels: 2013, books