The Great Christmas Knit Off by Alexandra Brown 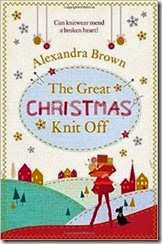 This is the type of book I’ve really began to enjoy reading on the lead up to Christmas. A nice short, warm and fuzzy read to get me into the spirit of the season. This story follows Sybil, who ends up in the quaint town of Tindledale after a series of bad events in her life. She falls in love with the village, the locals and especially Hettie’s House of Haberdashery, even though it’s seen better days. The story revolves around a big knit along to try and save Hettie and her shop. It was a sweet quick read, perfect start to December. You can read a full review here if you’re interested.

The Likeness by Tana French 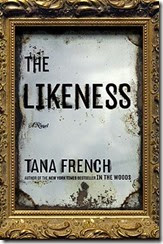 This is the second book in French’s Dublin Murder Squad series. I read the first one, In the Woods in March as part of my reading books from Irish authors challenge and I really enjoyed it (though I was left a bit longing with the ending). This book follows Cassie, who was also in In the Woods, but as with all the books in the series, you don’t have to read them in order as they won’t spoil anything (though I will be reading them in order!). After the events of In the Woods, Cassie has transferred to another department. Until one day she gets a call asking her to go out to Wicklow, where she’s met by Sam her boyfriend (who is still in the Murder Squad) and Frank, her old boss from Undercover. They show Cassie a recent murder victim, who turns out to not only be a dead ringer for Cassie but also has the same identity Cassie had when she was undercover. Frank comes up with the mad idea of putting Cassie into the house as Lexie to find out what really happened to her, as they have no leads or suspects. At first Cassie thinks the idea is crazy but ultimately decides to do it as the idea of going undercover and working on a murder investigation is just too appealing for her. Can Cassie pull this off without her new housemates becoming suspicious? Can she find out what this girl’s secrets are? Can Cassie keep herself from getting too emotionally involved? This book was wonderful, I loved it more than In the Woods, I felt a lot more satisfied with it. I love French’s writing style, how she writes mysteries but also how she writes characters. Looking forward to reading the rest in the series! 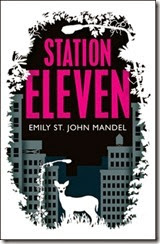 Station Eleven is set in a post-apocalyptic world after a flu has devastated the world and wiped out over 99% of the population. It follows Kristen and the Travelling Symphony, a group of musicians and actors who travel around putting on plays and concerts. Kristen is first introduced to us as an 8 year old on stage the night the epidemic broke out, when actor Arthur collapses on stage and EMT Jeevan tried to revive him. The book cuts back and forth between time, from well before the outbreak, to the night of the outbreak and immediately after to 15 years after the outbreak. It shows how the characters are all connected through the various different timelines and Mandel does a fantastic job of setting the scene for a post-apocolyptic world as well as the panic from the outbreak. Some of the descriptions are so eerie and creepy. This is definitely one of my favourite books from this year, I have a longer and better review post here.

Smoke Gets in Your Eyes by Caitlin Doughty 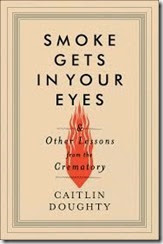 This is one of the books I had listed as 2014 Releases I was looking forward to. I love Doughty and her Ask a Mortician series, I’ve often referenced it here on the blog. This book is a memoir of when Doughty first got a job in a crematory, full of stories of her time there and afterwards. While this book does go into detail about what happens when a body is cremated and other deathly things, it is not morbid or disgusting, as some might think it is. I personally think that people are a bit too scared of death and should be a bit more curious about. If death wasn’t such a taboo issue to talk about, then people wouldn’t be as scared as they are. I found this book satisified that death curious side of me as well as making me laugh out loud at times and cry during one story. Doughty is open about her own feelings and experiences, which I found to be brave and inspiring. Her Facebook is fascinating too, full of great links and comments from people, including this one about how a woman gifted this book to death phobic members of her family and brought them all together.

The Christmas Surprise by Jenny Colgan 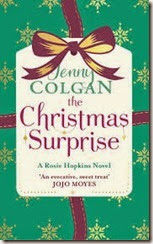 Having just read the previous book Christmas at Rosie Hopkins’ Sweet Shop last month, I was really looking forward to jumping into the next book in the series. It follows straight after the previous book, with her relatives having just flown back to Australia. It then goes through the whole year with big events happening (won’t spoil anything!) and the book wraps up at the following Christmas. It has a lot of the same things you can expect from a Colgan book, I just wasn’t as mad about it as the others in the series. Some of it seemed a bit rushed, to get through the entire year and the life changing events and the ending of pretty predictable but I still liked reading it as it was Christmassy and got me in the mood. If you like other Colgan books, especially Rosie Hopkins ones, then you will probably enjoy this too. 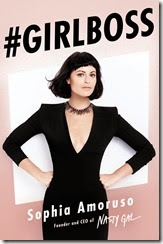 This has been a book I’ve wanted to read all read and finally got a chance when I got it as a present this Christmas. Sophia Amoruso is the founder and CEO of Nasty Gal, an online shopping site that has an edge. The book covers Amoruso’s life, from dropping out of high school, to becoming a hitchiker, dumpster diver and shoplifter to the humbling beginnings of Nasty Gal on eBay as a vintage shop. This book isn’t about how to set up a business but more a way to show how Amoruso set up a business in a non-conventional way (she didn’t borrow a dime to set up Nasty Gal) and how certain she believes certain aspects of her life and experiences helped her become a success. She has some great but simple tips, like how you should never say ‘that’s not my job’ if asked to do something at work. I did come away with a new found confidence in myself and my ability to be a great worker, something that has been chipped away over the years of being unemployed and being rejected. It reminded me of when I was 16, I was in my first job at a supermarket and hated it, because the atmosphere there was terrible. No one was allowed to talk and everyone was so serious, it was intimidating being there. A few months earlier I had done work experience as part of school at a pharmacy and one Sunday the boss came into the supermarket. I had the balls to go up and ask for a job and it worked. While today I know that approaching someone at my current place of work isn’t the best idea, just remembering this memory has inspired me to be a bit more bold, that if you don’t ask you won’t get. This was definitely an interesting read.

Number of eBooks- 4 (all but #GIRLBOSS and The Likeness)

Number of books borrowed from library- 0

Number of books from Reading Resolutions- 0

And that’s 2014 done! Hopefully I’ll have a reading recap post up soon, with a look at my resolutions, my stats and my 2015 reading resolutions. And I’ll have a top 5s post coming out soon with my favourite fiction and nonfiction books. Happy New Year everyone!