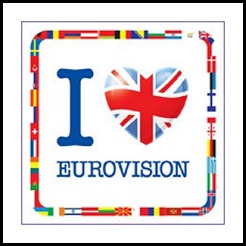 I LOVE the Eurovision! Sure, it’s cheesy, cringey and camp at time but it’s good fun for all the family. I have fond memories of watching it as a child and now that I’m an adult I love the fact you can have a big old party! I had one last year at a friend’s house and while I unfortunately can’t go all out again this year, I thought I’d share some of my ideas so you can host your own!
Fancy Dress
I love fancy dress parties and Eurovision is a great excuse for you. You can either dress as past acts or else dress up people from the countries.

Michael Flatley (Not a contestant but sure ya know!) 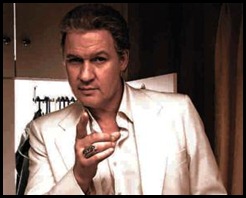 Food
If you want to go all out and have some food, buffet style is ideal. Again, try and represent different countries with different foods. Not that difficult thanks to the likes of Aldi and Lidl!

Drinks
Bucks Fizz! Though anything goes here really. Wines from France and Spain, beers from Germany, English and Ireland, spirits like vodka (Russia, Sweden and, Poland), English gin, Irish and Scottish whiskey, Liquors and other drinks such as Baileys (Ireland), Pimm’s (England) and Jagermeister (Germany). It’s safe to say Europe has the drinks aspect of things covered. You could mix up cocktails, the BBC 2008 Eurovision guide as some listed here. Or you could throw together a quick punch in the form of sangria.

Decorations
Flags and maps! This website has flags, you could search for an updated list of countries playing in the final if you wanted to put in some extra effort. You could also search eBay and other party sites for flags, bunting and maps. If you have kiddies going to the party, maybe you could get them to colour in some flags before the party begins? You can camp things up a notch with some disco balls and glitter too!

On the Night
BBC website has scorecards which you can print off and give to each guest so they can give each entry their own marks. One way to add some competition is for everyone to choose a country to support at the beginning of the night (either by drawing countries out of a hat or by just choosing). It can add great excitement when it comes to the scoring section of the night. If you want you can also have a prize for the person who has chosen the winner.
If this is a child-free event, then Eurovision is really the perfect excuse for drinking games. If you Google Eurovision drinking game, you’ll probably get a good few hits, here’s one website I found. Another way I searched was through Facebook (I think there’s a Facebook drinking group for nearly anything, I found one for RTE News!). Anyway, this was my favourite Eurovision drinking game found on Facebook. Or you could make up your own rules, I’d love to hear some of them!

After party
So the Eurovision is over for the night, what to do now? Why, stick on some past Eurovision tunes and dance that’s what! (or you could have a karaoke contest too!) Here’s some suggestions
Making Your Mind Up - Bucks Fizz
Hold Me Now - Johnny Logan
Ooh Aah (Just a Little Bit) - Gina G
Hard Rock Hallelujah - Lordi
Boom bang-a-bang – Lulu
Waterloo – ABBA
All Kinds of Everything – Dana
And here’s a snapshot of my Eurovision playlist. 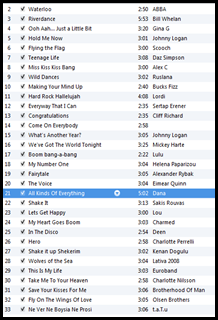 The good ol’ BBC have some playlists suggestions as well, or you could of course also splash out and just buy the Best of Eurovision CD!

I also made a list of general cheesy Euro pop for when we got sick of Eurovision stuff. Bands like Aqua, Vengaboys, songs like Macarena, Saturday Night etc. If anyone wants a picture of that playlist, I’ll gladly upload it.

I think the best advice really is to have fun. I really wasn’t this organized last year but everyone had fun. One of the best costumes were the last minute ones. If you do have a party, let me know! I’d love to know how it went! 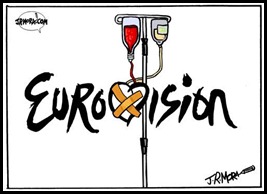 Sorry about the huge break, I personally blame the two Bank Holidays coming after each other, work and my boyfriend coming back from Oz. I got side tracked big time!

So I spoke about this on Twitter before, about how I wanted to make a pig cake for my sister’s birthday. That is, a cake in the shape of a pig, not made out of pork! For Christmas I got a giant cupcake mould and on the box there was a picture of a cake decorated like a pig. 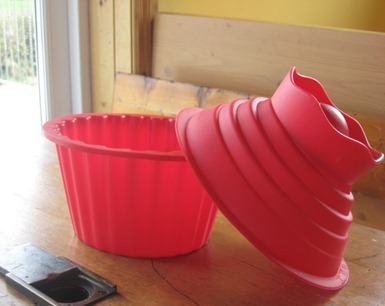 So I decided to give it a bash. Except I never really stopped to think about what I was going to make the face of the pig look like. This then caused a mad dash around the pick ‘n’ mix section of the local garage! And resulted in a pig head cake instead of the entire pig! 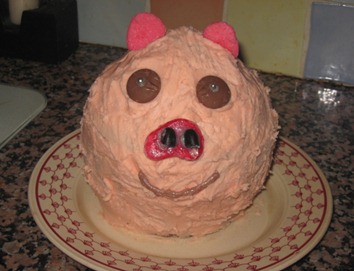 The finished result! Now, I think he resembles a pig (vaguely), but my brothers and father thought he looked like a fat mouse! And proceeded to mock me over it. My sister was happy with it and that’s the main thing. And he tasted nice too!

On a side note, I think he looks a tiny bit like Mr Blobby sans ears! 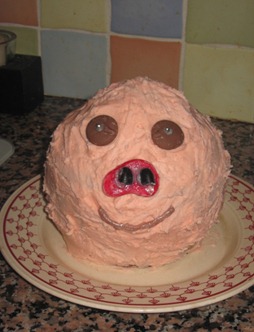