Essence Colour of the Year Nail Polish in My Love Diary

So for the past 3 years, Essence has brought out a nail polish shade that corresponds to the Pantone Colour of the Year. I love this idea, there's always a lot of hype about the Colour of the Year in January and I love seeing how fashion and beauty incorporate the colour into what you can wear. 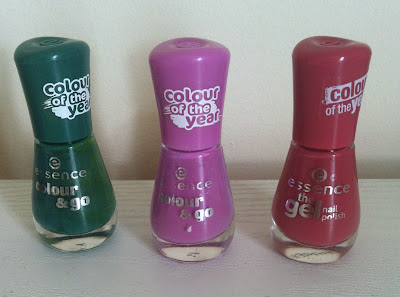 This year's colour is Marsala which is described as a full bodied earthy wine red. When it was announced I wasn't too gone on it but it has grown on me slowly. 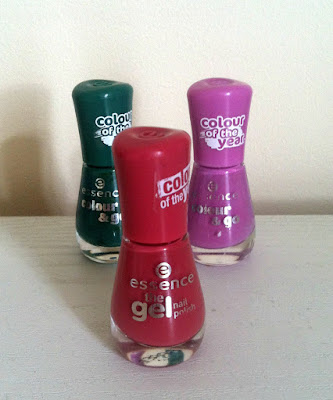 The colour has grown on me even more since swatching! Not going to lie, I mainly picked up the polish as I had the polishes from the past two years and wanted to add to the collection. But I LOVE this shade for autumn, it's beautiful. I've been on a soft pink and neutrals kick recently and wearing this colour is like a step up, still has the softness but it's just richer, deeper. I perfect transition shade from summer into autumn, when I usually like wearing berry and copper shades. 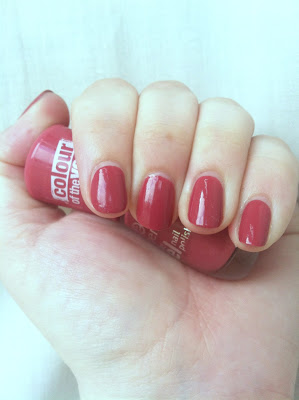 I saw some actual Pantone nail polishes yesterday when in Boots but they were sets for Christmas and none of them seemed to have this shade. It would be a cool idea if Pantone brought out some core colours and added some seasonal trendy ones! Sephora seem to have some Colour of the Year products as well on their website. I have a feeling the Colour of the Year things will become more and more popular, I'm dying to know what it's going to be for 2016!
Posted by Breige at 5:07 PM 4 comments:

Email ThisBlogThis!Share to TwitterShare to FacebookShare to Pinterest
Labels: beauty, colour of the year, nails

So the past 2 years in January I've published a post about the upcoming books releases I'm looking forward to. You can read the post from earlier this year here. But because a lot more books are announced later in the year there are often more releases that I look forward to so I thought I'd do an updated post about the books coming out later this year.

I'm starting with the books mentioned in my original post in January. In it, I hoped that there would be another Robert Galbraith book even though none had been announced. But yay! It was announced a few months ago. Career of Evil is the 3rd Cormoran Strike novel and starts when Robin, Cormoran's assistant, opens a package containing a woman's severed leg. Book is out October 20th.

I listed The Hanging Tree by Ben Aaronovitch in my January post but at that time we didn't have a cover. It'll be the 6th book in the Rivers of London series which follows PC Peter Grant. I don't know anything about the plot but I hope it carries on after Broken Homes, book 4, which ended in a massive cliffhanger and wasn't featured much in book 5. Now I originally listed the release date as November 19th and some sites are still listing it as that (including the last update I saw on the publishers website) but Amazon and Waterstones are listing it as June 2016, The last one was pushed back if I remember correctly but I have my fingers crossed for this one!

Winter by Marissa Meyer was another book I mentioned without a book cover. It's book 4 in the Lunar Chronicles and will centre around a retelling of Snow White. I've really enjoyed this series and I'll hopefully be doing a buddy read with a friend once it's released which I'm very excited about. Book is out November 10th.

I enjoy Alexander McCall Smith's No.1 Ladies' Detective Agency novels. It follows Precious Ramotswe and her agency in Botswana, They are often classified as soft detective novels, they're definitely not hard hitting crimes but more stories centred around the characters. The Woman Who Walked in Sunshine is due out September 17th.

I've read all of Rainbow Rowell's books (except Landline, though it's on my to read list) and this is her first fantasy book. In Fangirl, main character Cath would write fanfiction about the Simon Snow wizard series (not so loosely based off Harry Potter) and Carry On is a Simon Snow book! I'm not sure how I feel about it, it's very different to her other books but I will give it a go. Book is out October 8th (as are SO many other books! Major day for book publications).

I've read two of Mark Mason's books before (Walk the Lines, about walking all the London Underground lines above ground and Move Along, Please, about a journey from Land's End to John O'Groats on local buses) and really enjoyed them. It seems this book is about interesting facts and stories from all of Britain's postcodes. Out October 15th. 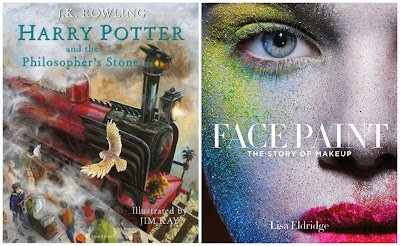 And to end I have two amazing coffee table books. The first one is a completely illustrated copy of Harry Potter and the Philosopher's Stone. From what I've seen it looks stunning and is perfect for all Harry Potter fans. Out October 6th

Finally this is make up artist Lisa Eldridge's first book, Face Paint: The Story of Make Up and I say it'll be amazing! I love Lisa's YouTube videos and she's shared some sneak peeks on her Instagram. If you're a makeup lover or know someone who is, this book is a must! Out October 13th


I've probably missed a few more, like I mentioned above October 8th is a massive day in book publications, loads of other books will be released around then in time for Christmas. Will any of these be on your Christmas wishlist? Comment below!
Posted by Breige at 8:00 AM 4 comments: