So I had hoped this would be on the blog for a week or so by now but September has been pretty shit at times. However, I used to do a monthly wrap up/recap post, I really enjoyed it and wanted to bring it back. There’s such a big trend on Instagram for templates for your story and I saw a few for end of August and it inspired me to share some of my favourite things from August 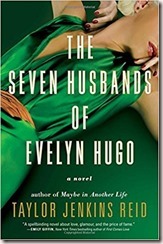 I adored The Seven Husbands of Evelyn Hugo by Taylor Jenkins Reid. Legendary actress Evelyn Hugo has agreed to do a rare interview and has specifically requested Monique Grant, a low level magazine reporter. We learn about Evelyn’s life, told through the marriages of her 7 husbands, and find out why she requested Monique. Full of Hollywood glamour and secrets, it sucked me right in. I listened to it as an Audible book and I think it would be perfect as a film or a TV series. 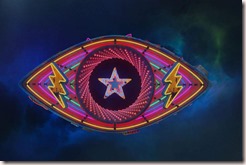 I’ve been loving Celebrity Big Brother this summer! I do enjoy a good tacky reality TV show every now and again and Big Brother is something I used to love watching back in the day. So I’m loving the nostalgia element of it. There’s also been so much drama in this series of CBB which I also love. Best part is I’m in a group chat and I love being able to discuss and dissect things with my friends! 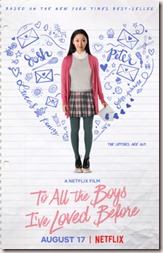 So I also read To All the Boys I Loved Before in August too, specifically so I could watch the Netflix film! Every time Lara Jean loses feelings for her current crush, she writes him a letter saying all the things she liked about him, with the intention to never send them. But somehow they get out and chaos ensues! It was very cute and fun and Lara Jean has such an amazing wardrobe and bedroom. Serious style envy! And it makes me want to watch all the teen rom-coms. 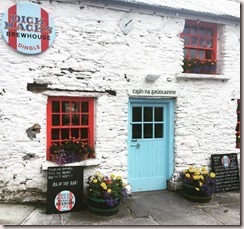 I had a fantastic weekend in Dingle visiting a friend with a whole group of friends from home. Saturday it was raining so we went surfing, had a nice lunch in a pub, spent a lot of good quality time together singing, playing music and catching up. Weather was really sunny the Sunday so after an epic homecooked breakfast, we did a bit of shopping and we soaked up the sun in the beer garden of Dick Macks. Bliss. 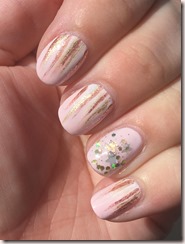 I managed to do my nails a good few times in August, but this one had the biggest reaction on Instagram. Pink base Barry M Rose Hip, white Model’s Own White Last Night, gold Revlon Gold Coin, Rose Gold Cirque Colors Halcyon and glitter Barry M Starlight. 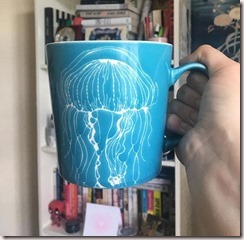 If you’ve seen my Instagram then you’ll probably know I’m a fan of mugs, can’t resist buying a new one! I got this beaut from the Monterey Bay Aquarium in California, the jellyfish tanks there are incredible. 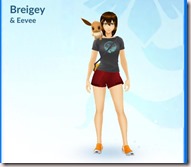 Pokémon Go! I updated my phone in July and could finally download Pokémon Go again. I like how active it makes me, I did so much more walking in August than I would have if I didn’t have the game.

I know I had more planned to say but I think this is a solid place to wrap things up. Hopefully I’ll have my September Favourites up next week!

Most Anticipated Books 2018 September to December

I’m SO excited about the books coming out in the next few months! Mainly because the past few years I’ve put down ‘New Robert Galbraith book’ and it never happened and I thought it would be the same this year. Alas no, the Book Gods have been good this year and there are books coming out from so many of my favourite authors. Onwards to the books! 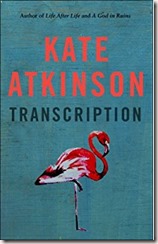 I loved Life After Life and A God in Ruins and I’ve been looking forward to this one after hearing Kate talk about it on the Penguin Book Podcast. It’s set in 1940 during WWII in an obscure MI5 department, it sounds so mysterious and I know it’ll be thrilling. Plus, come on! The cover has a flamingo on it. Perfect! 6th Sept

Sunny Side Up by Susan Calman 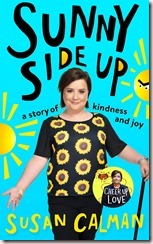 I read Cheer Up Love back in 2016 and enjoyed it, I liked Calman’s writing style. While that book was about depression, the ways it manifests itself and advice with how to deal with it, Sunny Side Up will be about being kind to others and spreading joy. I’m sure this will put a smile on my stupid face. 6th Sept

The Importance of Being Aisling by Emer McLysaght and Sarah Breen 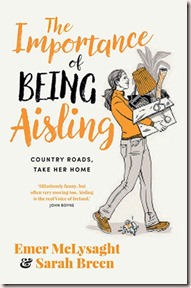 Oh My God What a Complete Aisling is a very Irish thing. I’m not part of the Facebook group but I was aware of the memes from the group and I loved the first book when I read it at the end of last year. I loved all the cultural things that you might not get if you’re not Irish or not aware of Irish culture. I wasn’t surprised when a second book was announced, the first one was a big hit. I’m looking forward to seeing what Aisling is up to this time! 14th Sept 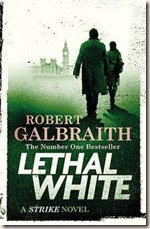 The 4th novel in the Strike series by Robert Galbraith a.k.a. J. K. Rowling! Finally, 3 years after Career of Evil was released. Every year I’ve been hoping for this book and last month they announced it’s coming out in September! I’ve already pre-ordered the book and I can’t wait to get my hands on it. 18th Sept 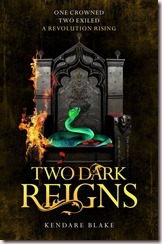 This is book 3 in YA fantasy series. Triplets who were separated as children, brought up in houses to learn different skills and powers and met again at 16 for the first time to battle it out to become queen. It’s an interesting series so far, nothing I’ve read before. It was supposed to be a duology but I think there’s now 4 books in the series. 4th Oct

The Witch Elm by Tana French 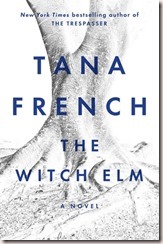 It’s like the book Gods are shining down on me, a new Tana French this year too! However, it’s not another one in the Dublin Murder Squad but a stand alone. I wish it WAS another Dublin Murder Squad but I love Tana and I’m excited to read anything she writes. She could write the back of a cereal box and I’d be down to write that. Amazon has the UK release date as 2019 but Tana’s Facebook says October. It could be US release first though. Guess we’ll see. 9th Oct 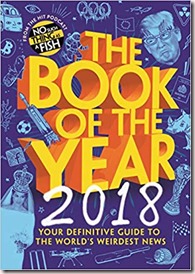 No Such Thing as a Fish is probably my favourite podcast. It’s by the QI Elves, who research all the facts for QI. Last year they brought out their first Book of the Year with loads of strange and funny stories from 2017 and I’m sooooo happy they’re doing it again this year. I listened to it as an audiobook as they narrated it and for big fans of the podcast this is definitely the best way to read this book. 18th Oct

An Island Christmas by Jenny Colgan 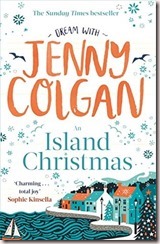 There’s nothing like a cosy Christmas read and Jenny Colgan is the queen of cosy reads. They’re like a blanket and hot drink on a cold night. I’m loving the setting for this book, an island off Scotland. I really enjoyed the first two books in the series. And how beautiful is that cover?! 18th Oct 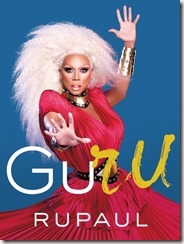 I’m a HUGE fan of RuPaul’s Drag Race and already own one of his books. I’m not expecting the book to be ground-breaking, I’ve heard a lot of RuPaul’s philosophies already and his general attitude to life. But I think the pictures will be stunning and it’ll be something fun to flick through. If nothing else it’ll a pretty addition to my book collection! 25th Oct

The Proposal by Jasmine Guillory

I read The Wedding Date earlier this year as part of this year’s Book Riot Read Harder challenge, for the Romance Novel by or about a Person of Colour and I really enjoyed it. It was cute, fun romance novel with a fantastic female character. I’m looking forward to this book which features one of the characters we saw briefly in The Wedding Date. Shown here is the US cover because in a rare turn of events, I prefer it over the UK one. 3oth Oct

No picture for this, I can’t find any preview for this book or anything on the authors’ social media. The book has already been pushed back in its release so it could be pushed back again with nothing updated yet online. However, how flippin exciting is a Sweet Valley High graphic novel?! Can’t wait to see the blonde twins with the blue green eyes and perfect figures. 30th Oct 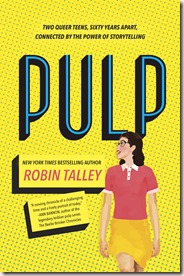 Two points of view. 1st set in 1955, 18 year old Janet Jones discovers the world of lesbian pulp fiction and is coming to terms with her own sexuality. 2nd is set in 2017 with Abby Zimet researching her senior project on 1950s lesbian pulp fiction and feels connected to one author in particular, ‘Marian Love’ and sets out to discover who she really is. I love that there’s more and more LGBTQ+ novels being written and Robin did a fantastic job with Our Own Private Universe. I can’t wait to see how the stories weave together and learn more about 1950s pulp fiction. 13th Nov 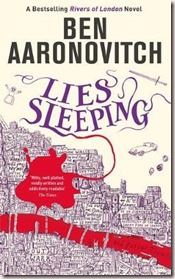 A new Robert Galbraith, a new Kate Atkinson, a new Tana French AND a new book in the Peter Grant series?! I feel so #blessed (can you use that hashtag when talking about books or is it only on pictures of presents my boyfriend got me along with #boydonegood)….. Anyway! I always love a new Peter Grant story, I love returning to London in an urban fantasy series. 15th Nov

I had this all done, then noticed the release date had changed on one book and went back and updated them for all of them. So they should be up to date but they might have changed again. I may have missed some upcoming releases but I doubt there will be much more released so close to Christmas. Most big ones for the Christmas market are released in October. But if I have missed anything, let me know below or on Twitter!
Posted by Breige at 12:17 PM No comments: