This is something I’ve wanted to do for a long time. I love chicken korma, I sometimes think I could eat it every day for the rest of my life! So I couldn’t wait for Meatless May to be over so I could make this. Yes, I know I didn’t specify it had to be a chicken korma and that I could have made a veggie one. But it was part of the reason that challenge wasn’t too difficult, the thought of being able to make this once it was over kept me going. But it’s definitely a recipe that can be made veggie easily, just omit the chicken and change to vegetable stock. Or if you wanted you could make it a lamb korma, the choice is yours.

I decided to do it in the slow cooker, as I want to try as many meals as I can out in it. Also, it’s perfect to use on hot days, it doesn’t heat up your kitchen. I adapted my recipe from this one on allrecipes.co.uk. And I’ve added other changes I will make when I go to make it again. 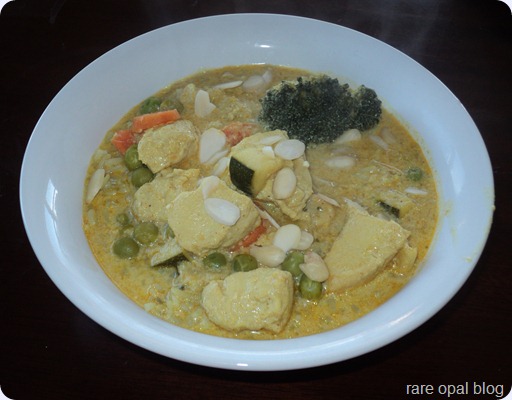 75ml cream (I used coconut milk, but I found my resulting korma wasn’t creamy enough for me. I would probably use cream or better still coconut cream next time around)

1. In a blender, blitz the onion and garlic until you get a coarse paste.

2. In a frying pan, heat the oil and cook the chicken until evenly browned. Remove and add to slow cooker.

3. In the same frying pan, melt the butter. Add the onion and garlic paste and cook over moderate heat for 3 minutes. Add the spices and cook for another 1 minute.

4. Mix in chicken stock, sugar and pinch of salt. Bring to the boil and then transfer into the slow cooker. Add the vegetables.

6. Add the cream and nuts. Serve with rice and naan bread.

Posted by Breige at 9:03 PM No comments:

Email ThisBlogThis!Share to TwitterShare to FacebookShare to Pinterest
Labels: 25 Before 25, cooking, food

I think I can pin point my reasoning for wanting to try this. When I was 12/13, I read The Teenage Vegetarian Survival Guide and it was just something I wanted to do. Vegetarianism wasn’t new to me. While no one in my immediate family was vegetarian, an older cousin of mine was. Though now that I think about it, I can’t remember if I ever asked her why she became vegetarian. My aunt was also vegetarian at one stage as well as an uncle in America also at one time being vegetarian. So nothing entirely new for me.

It’s taken me over 10 years to actually try this challenge. And I don’t know why. But I’m glad I did. Eating fruit and veg isn’t my strong point but it was interesting to try new dishes as well as to jazz up some old favourites. I enjoyed the challenge of going out and having to eat the vegetarian option. I am grateful that whenever I went to one friend’s house, her aunt (who’s a vegetarian) always made some extra veggie dinner if I was eating there. And I’m proud my boyfriend stuck to the challenge too (except for once when he ate a hot dog after a 4am charity walk. Apparently it doesn’t count if it’s for charity!).

Plus, it was all worth it in the end, to achieve something. To stick something out and not lapse. It proves that I do have will power and it’s something I aim to remember every time I think I don’t. And while I can’t see myself turning veg any time soon, I do try to have one or two meat-free dinners a week (and it sometimes turns out to be even more than that). I just need to now focus on eating more fruit and veg in general!

Email ThisBlogThis!Share to TwitterShare to FacebookShare to Pinterest
Labels: 25 Before 25, challenge, goals

Nails of the Week!

I managed to get my hands on Max Factor’s Fantasy Fire the other week and couldn’t wait to give it a go! It’s got a purpley-pinky sheen to it and while it would definitely give certain colours another dimension, I decided to try it over purple, as I thought it would help enhance and slightly change purple.

I used it over Catrice ‘Forget-Me-Not!’, a sparkly deep purple. Here’s a picture of before. 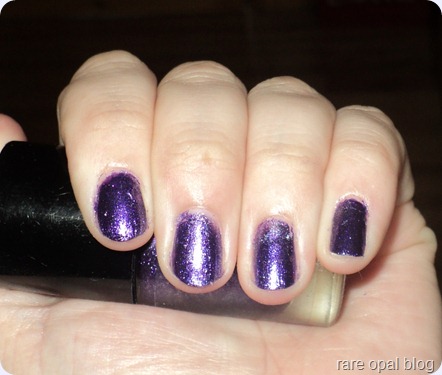 And after, with Max Factor ‘Fantasy Fire’ as a topcoat. 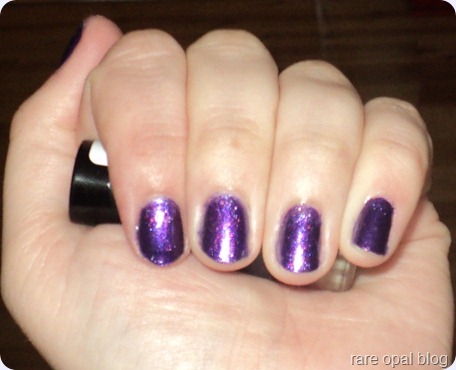 There’s a subtle difference, the Fantasy Fire adds a bit of pinkiness to the shade and I think it helps to warm it up a bit too. I will be using it again over other shades in the future so keep an eye out for it!

Posted by Breige at 7:06 PM No comments:

I’ve spoken before about being a tourist in my own country (here and here). So when I heard a friend of mine was going to the Guinness Store House I thought it would be a great opportunity to try out something ‘touristy’ that I had never done before. It was a beautiful day too and it was great to get out and enjoy the weather. 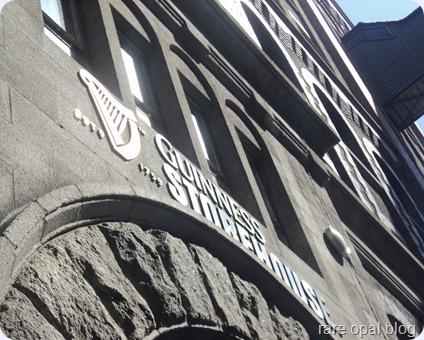 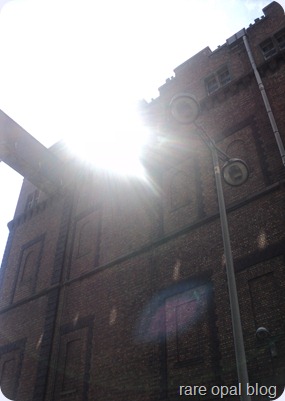 Once you’ve gone through and paid, you come to a tour guide who gives a brief speech about Arthur Guinness and the lease that was signed. And that’s the end of tour guides then. You get to see the lease in a glass display in the ground. 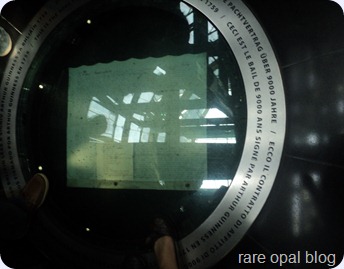 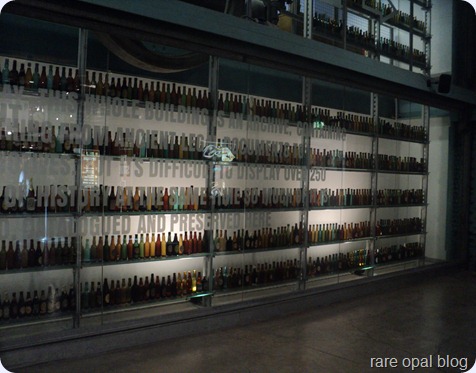 Loads of different Guinness bottles from the years gone by.

For there you progress through different parts of the building which deal with things such as how Guinness is made and the ingredients, how it’s stored and transported, different advertising and memorabilia, various things Guinness sponsors, interactive computers with test your knowledge of alcohol, cafes, bars etc. 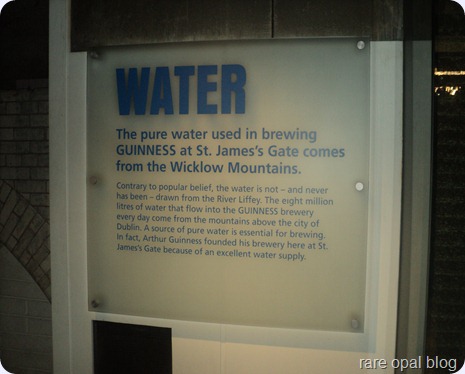 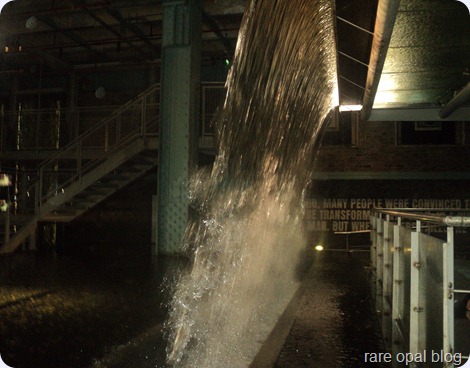 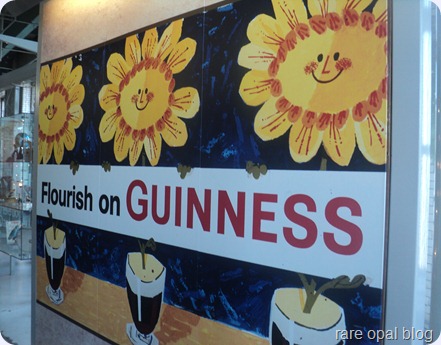 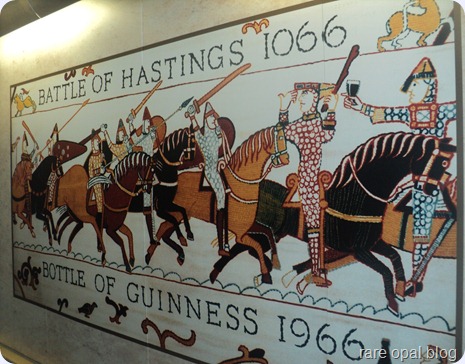 Entry to the Store House also includes one free pint of Guinness. This can be redeemed either at the Pour Your Own Pint bar or else at the Gravity Bar (where they pour it for you). However, if you want to do both, you can buy an extra ticket for the Pour Your Own Pint for a fiver and your original entry ticket for the Gravity Bar. I decided to use mine at the Pour a Pint bar. Here you are taught the main steps in pouring a perfect pint of Guinness. Very interesting! 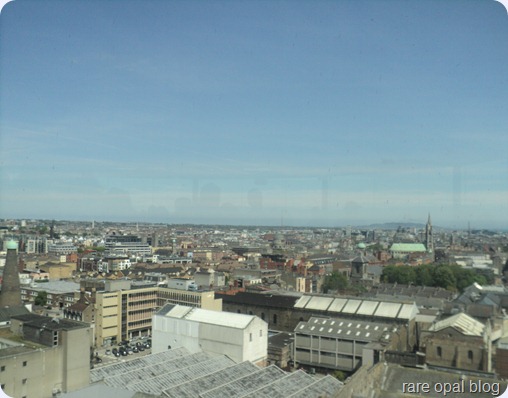 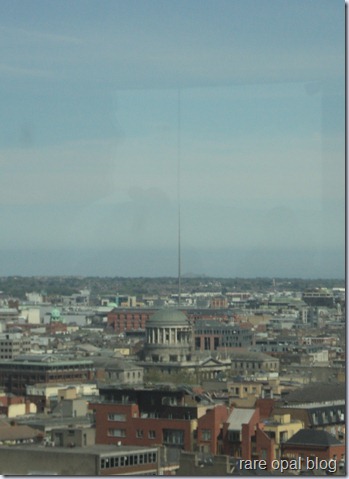 I had a great day at the Guinness Store House, it was very interesting and well worth it. I’d recommend it to tourists and locals!

Posted by Breige at 9:14 PM No comments: