So I’m very late writing up my March book reviews but better late than never! March was my Irish Authors reading month. In previous years I’ve tried to read all new-to-me authors but this month I read a mix of new and authors I’ve read before.

Knights of the Borrowed Dark by Dave Rudden 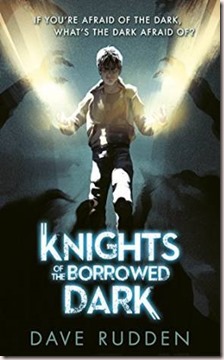 So last year I won a bunch of books (which I showed in this post) and amongst those books was Knights of the Borrowed Dark. I’ll admit, I did what any bookworm shouldn’t do, I judged it by it’s cover and put it on my bookcase. But then I started hearing about the book and after seeing Dave Rudden win at the Bord Gais Energy Irish Book Awards I decided I was going to take the book off the shelf and give it a go. I waited especially for March as I knew I wanted to kick off the month reading this book.

Denizen Hardwick is an orphan who lives in the rainy west of Ireland. He’s at the age where he’s given up hope that a long lost relative will come and rescue him. That is, until someone come to take him away to meet his aunt in Dublin. On the way there they’re attacked by mysterious shadows and Denizen learns there’s a whole other world full of darkness and evil creatures. He learns of an ancient order of knights who fight to keep the world safe using these special powers that come with a cost. Denizen must decide whether he wants to join this order or not. I really enjoyed reading this, I loved that it’s a fantasy story set in a comtemporary Ireland and enjoyed the world building. It was an exciting read, I flew through reading this as I just couldn’t put it down! It’s full of suspense and mysterious and genuinely funny at times. The book is aimed at early teenagers and they’ll love it, but adults will love it too! If you’re a fan of Artemis Fowl or Darkmouth, then this is for you.

The Reckoning by Jane Casey 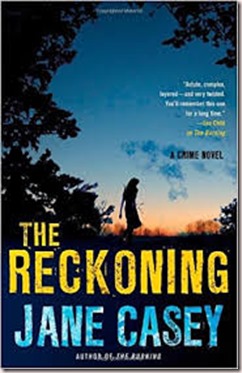 This is the second book in the Maeve Kerrigan series, featuring the Detective Constable of Irish descent in the London Met. I read the first book, The Burning, back in July and enjoyed it enough to decide to read the rest of the series but somehow just never found the time to pick this one up. So when I was putting together a rough TBR for this month I decided to definitely pick up this book.

In The Reckoning Maeve is tasked with finding a killer who is targeting paedophiles. Without giving anything away, I loved this book! It’s a fantastic thriller, I loved the introduction of the new characters and this book really sets up some events for future books. It gripped me a lot more than The Burning and ignited my desire to just devour more Maeve Kerrigan. So much so that it was the next book I picked up!

The Last Girl by Jane Casey 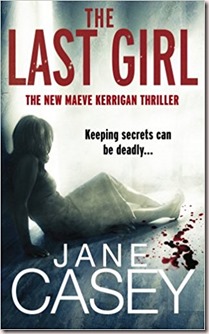 In the third Maeve Kerrigan book, the team are investigating a break in at a top London defense attorney’s home which resulted in him being knocked out and his wife and one twin daughter murdered. Only Lydia, the inferior twin daugher, is left untouched. As Maeve digs deeper, all these secrets from an unhappy family come to front. We get a twisted supense filled story, with some added friction thrown in from Maeve’s work life and love life, adding extra dimension to the main plotline. I do enjoy Maeve as a character, she’s not without flaws. And I warmed a bit more to DI Derwent in this book, but at times he infuriates me. I guess though he’s also not perfect! 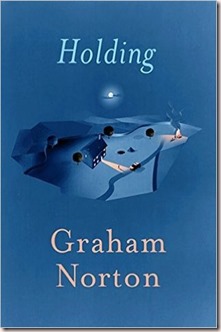 Set in a fictional village in Cork, the story kicks off when a body is found during a building job. The remains are found at a house that Tommy used to live, a man last seen in the village 20 years ago. Everyone has assumed he’s run off to England after a love triangle has gone wrong. This isn’t a typical crime book, the main focus of the story is the local Garda (policeman) having a shot to do something exicting with his life. The story also looks at the two women linked with Tommy and how their lives has since turned out. We slowly see the story unfurl and discover all sorts of secrets in this sleepy town. I enjoyed this book, there was a lot of hype around it so I wasn’t blown away by it. It’s something quick and cosy to read. At times there were beautiful turns of phrase, I think Graham has a descriptive eye and he really nails the nuances of small rural living. This would be a nice comforting summer read.

The Forever Court by Dave Rudden 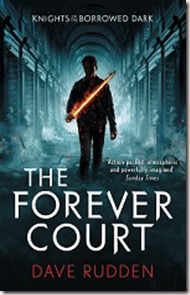 The Forever Court was just as exciting as fun as Knights of the Borrowed Dark. At first I wasn't feeling the second story line that was woven in but I think it'll be interesting for the next book. It definitely made sure the world and story didn't become too stale and added more mystery and dimension. Some questions are still left unanswered and I will be picking up the 3rd book for sure! [NetGalley] 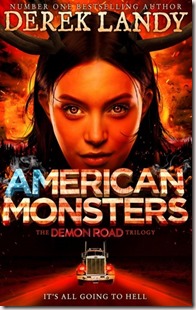 Final book in the Demon Road series, I felt like it was a solid enough ending to the story. The story is very plot driven which was kind of exhausting, I wish there had been more character development to be honest. But as I've stated in previous reviews, I feel like this is something I would have enjoyed more as a teenager as it's great fun and fast paced. Not a bad series, I did enjoy it at times but I think I’m just a little too old for it. [NetGalley]

The Stranger You Know by Jane Casey 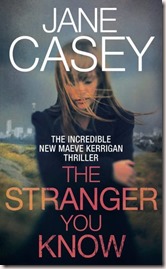 Book 4 in the Maeve Kerrigan series. This time three women have been strangled in their homes and with no signs of a break in and neighbours and friends not remembering anything suspicious, Maeve is at a bit of a loss. Until evidence starts to point at DCI Josh Derwent, Maeve’s partner on the squad. We learn more about Derwent’s past and why he’s being linked to these new cases. I flew through this like the previous books and loved reading it. It is possible to pick up any of these books by themselves but I suggest you do start at the begining, especially for this one because it’s best to build up Maeve and Derwent’s relationship and get all the history behind it.

The Kill by Jane Casey 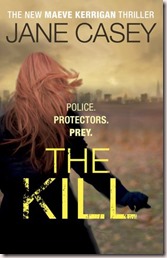 And yet again I couldn’t help go straight to the next Maeve Kerrigan book! This time the police are the targets, so Maeve and the rest of the squad must work fast. I’m growing to like Maeve more, not that I ever disliked her but it’s great to see her progress and grow in confidence. And the slight changes in dynamic with Derwent. This book also has some more of Maeve’s personal life which was a great addition. Much like the other books, I devoured this and loved it. 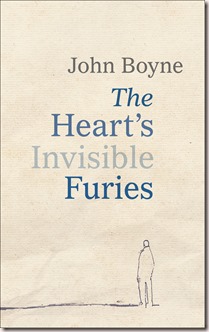 This was one of the March book picks for The Rick O’Shea Book Club. Not going to lie, I was half paying attention to someone posting about the book on the group and thought I read that it was a short book so I requested it on NetGalley. Only to discover after I was approved that it’s roughly 600 pages long! I probably wouldn’t have read this had I known that beforehand but I’m really really glad I did read this.

We start in 1945 in a church in rural Cork, where the priest makes 16 year old Catherine Goggin stand in front of the congregation and condemned for being a whore. The entire parish is told she is pregnant and the priest casts her out and tells her to leave the village and never return. She goes to Dublin and has her son adopted. The rest of the book spans Cyril’s life all the way to 2015. We see his relationship with his adoptive parents (Cyril Avery is not a real Avery), meeting Julian Woodbead at 7 years old and making a lifelong connection, to struggling with his sexuality in an Ireland where being gay is illegal and dangerous. This book was just amazing! It made me laugh  several times and it made me cry too. Cyril is a complex character, there’s times where I liked him and times where I loathed him but I did always find myself rooting for him. It’s poignant, sweet, a little bit heartbreaking and thought provoking. It’s an emotional roller coaster but one that doesn’t feel like a forced one. The ups and downs of this book seems natural and not exaggerated or forced for the sake of creating a reaction. One of my favourites so far this year. [NetGalley]

After the Fire by Jane Casey 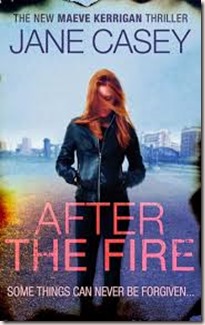 I finished out the month with the 6th Maeve Kerrigan book. I was up until the early hours of the morning reading this as I found it so gripping! A fire blazing through the top floor of a tower block on Maudling Estate, killing several residents but also controversial right-wing MP Geoff Armstrong. Maudling Estate is the last place Armstrong is expected to turn up, so the investigation must be kept a bit quiet. Everyone looks guilty in this story and so you’re kept guessing as the story twists and turns. This is one of my favourites in the series, the crime plot kept me interested and I loved the more personal side of Maeve in this and the mystery to why she’s acting so weirdly. What a way to round out the month!

Number of eBooks- 3 (The Forever Court, American Monsters and The Heart’s Invisible Furies)

Number of Books Borrowed from Library- 5 (The Reckoning, The Last Girl, The Stranger You Know, The Kill and After the Fire)

And that was March! I’m happy with what I read, obviously it was Jane Casey heavy and I didn’t plan for that. But I just got so engrossed in the world of Maeve Kerrigan. My only regret is that I didn’t get any non-fiction read.