So I’ve been a busy bee recently when it comes to baking! I made a cake for my brother’s late 21st party (due to him gallivanting around the U S of A for the summer) and one for my other brother’s 18th birthday. And I have another one to make this week for yet another brother! (I have many brothers!). 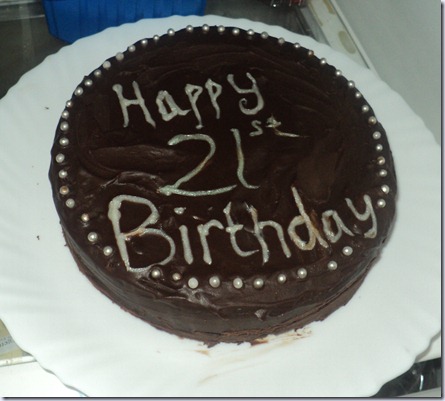 Only had time to get a quick shot of this in the fridge and no time at all to get a picture of it sliced as it was devoured immediately! 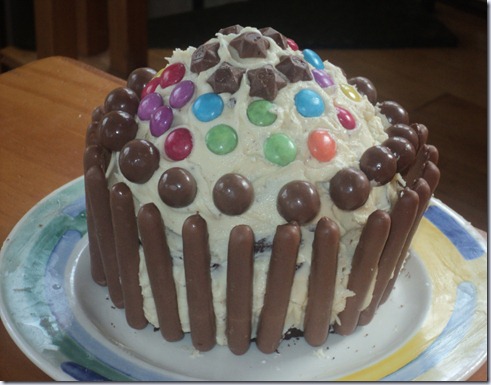 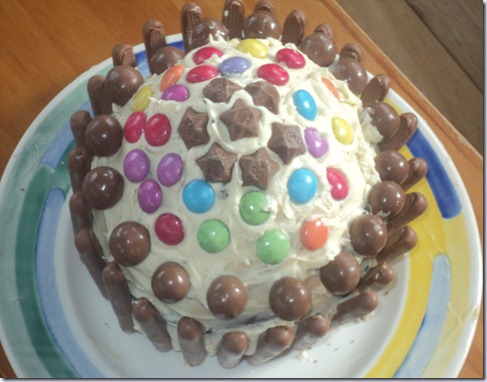 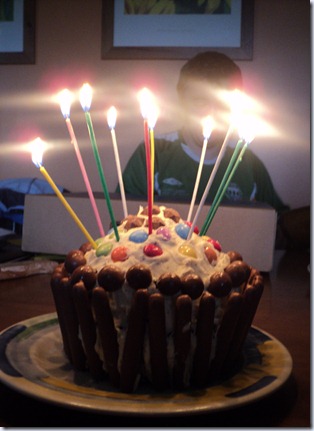 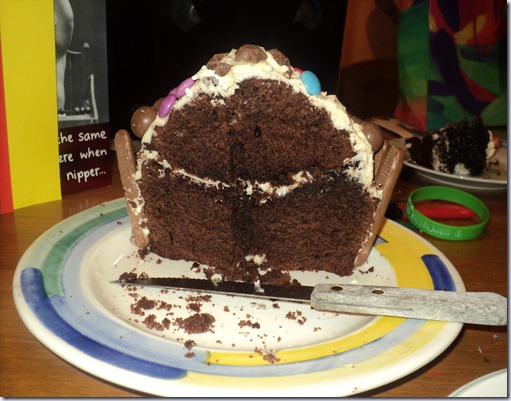 I used the big cupcake mould as I did for the Pig Cake. For both cakes I used a chocolate Madeira recipe (similar to this one here, but double to amounts).

For the 21st cake, I made a dark chocolate ganache, similar to the one made for my Chocolate cook-along, used some silver sparkly gel icing pen for the writing and some silver balls.

For the 18th giant cupcake, I made a white chocolate butercream icing (like this one here), added a tiny bit of butterscotch sauce in between the layers as well and decorated with Toffee Crunch chocolate fingers, Smarties, Malteasers and Magic Stars. It was fun to decide what went on the cake!

August Using It All Up!

I posted on of these in June and didn’t bother with one in July as I didn’t actually use much up at all. Though I managed to finish loads in August! And glad of it too! 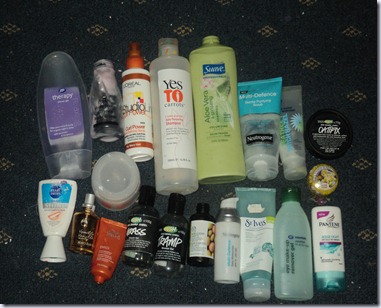 What an amount to get through!

Phew! Still getting through stuff for September but won’t do half as good as this.

Email ThisBlogThis!Share to TwitterShare to FacebookShare to Pinterest
Labels: beauty, using it up 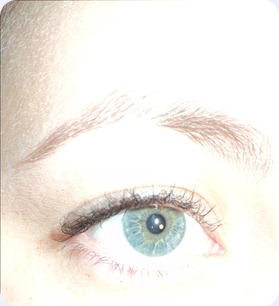 Creepy bright eyes thanks to flash! 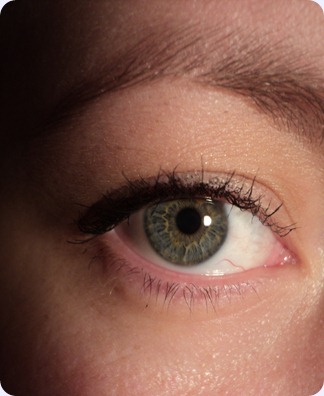 As seeing as it’s eyes not eye, photo of eye without flash.

Day Thirteen- Yourself with thirteen things 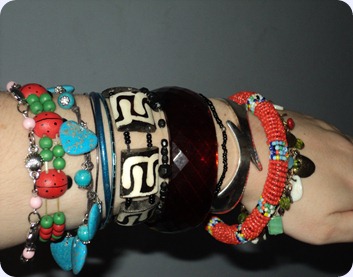 13 bracelets! From left to right

This is also late as it was stormy yesterday and no sun out so I couldn’t get a sunset. Luckily, I managed to get a snap of one today, I thought it would be nicer but the clouds on the horizon hide the sun early. 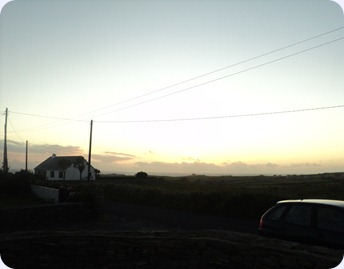 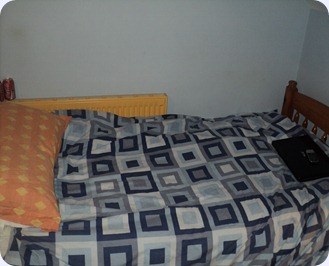 My bed, with lots of different shades of blue.

So you can imagine my excitement when I discovered that this week, Sept 12-18 is National Cupcake Week! I love cupcakes (or queen cakes as I knew them by growing up) and have so many recipes I want to try out, so hopefully this week I’ll get through some. But before I try anything new, I thought I’d show you some cupcakes I’ve made before. 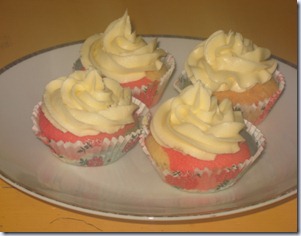 This is the basic cupcake recipe I go off and that I alter to suit my tastes, by adding different colours (red and blue were added as these were to celebrate my sister going to college to study French), flavourings (vanilla is what I usually use, but you can add chocolate, lemon, orange, almond, the list goes on!) and decorations (sprinkles and the likes). Recipe for the above found here. 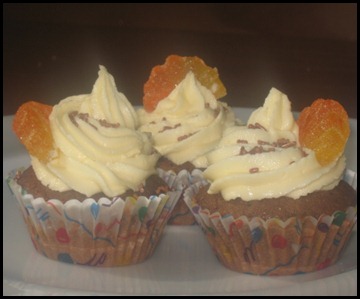 Essentially, this is just a variation of the cupcakes above, but made slightly more decadent with the added Baileys. Yum! This recipe is found here. 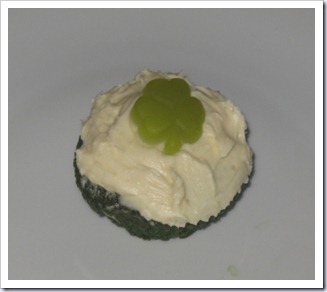 Essentially a Red Velvet Cupcake made with green dye instead of red. Made with some cocoa powder, this gives the cupcake a subtle chocolatey taste, while the cream cheese frosting is just silky and delicious. Recipe found here. 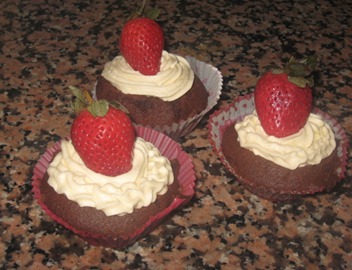 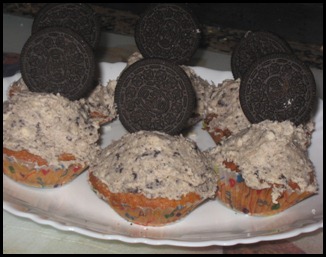 While the icing here may not be the prettiest, don’t let it through you off! Made with Oreos, it’s perfect for those who don’t know whether to go for a cupcake or a cookie! Recipe here.

So, that’s all I’ve made so far. Any suggestions for what to make this week? I’d love to here your ideas!

‘When I was a little girl, I had a rag doll’. Ah, Tina Turner! And although listening to her is a childhood memory, it’s not what I photographed. Instead, I took a picture of a doll my mother made me years ago. 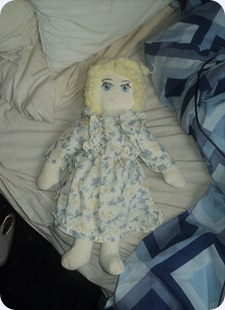 I don’t remember ever having a name for her, but I do remember thinking her hair reminded me of scrambled eggs.

Day Nine- Someone you love

My boyfriend, tired after a long week of work. 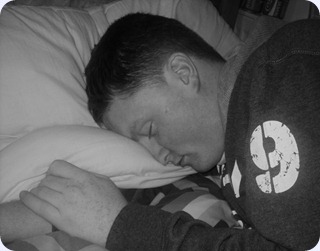 Personally, this was one of the days I was least looking forward to doing. It just seems ridiculous. I have loads of bad habits and none I want to take pictures of! I used to bite my nails but I stopped a few years ago. However, my bad habit is still nail related, I start chipping away nail polish when I get bored. 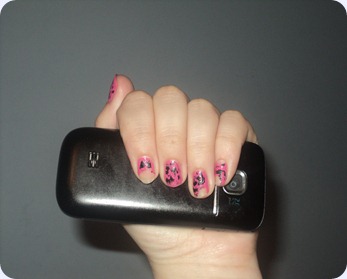 Now I must decide what colour to do them tomorrow! 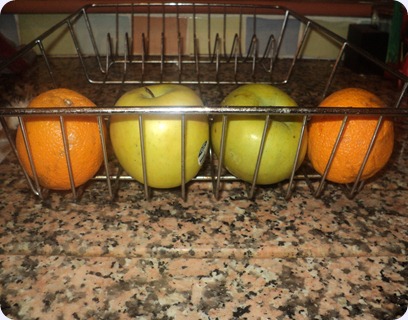 This fruit has been sitting here for a few weeks and I have no idea why, I guess my Mum just put it there. My Aunt noticed it this other day and noted that it looked liked it was a jail for fruit.

Day Six- Something from a low angle 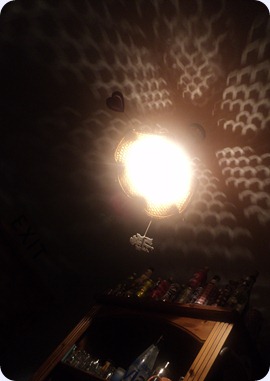 Day Five- Something from high angle

The weather is showing now signs of getting better, meaning I’m limited to photos from my house right now. And I’m getting cabin fever. There was nothing interesting to take a high angled shot of, so I ended up with this. 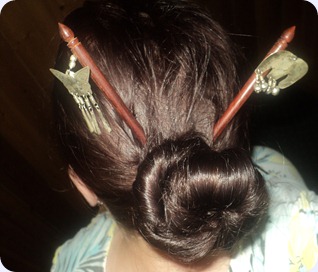 Me, with my hair looking darker than it is, with chopsticks gifted to me from my Aunt (same one from yesterday’s photo actually). Looking forward to tomorrow’s photo a lot more than today’s.

So I was going to go outside and take a picture of something green, but I thought it was a bit too obvious and also it was lashing rain here so it wasn’t really an option. I had to think about things that I love that are green and remembered this. 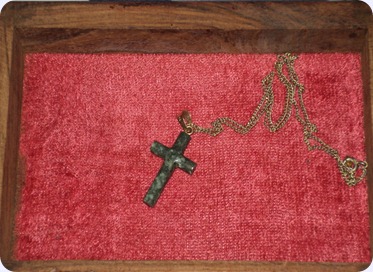 This is a crucifix given to me by my godmother for my First Holy Communion. She got it from her visit to Mexico. I’m not that hugely religious so I don’t wear it that much, but it one of the few pieces of jewellery I really treasure.

Slightly late with this one but seeing as I have yet to go to bed it’s still day 3 to me! There were plenty of clouds today but nothing really interesting or nice looking. This was the best I could get. 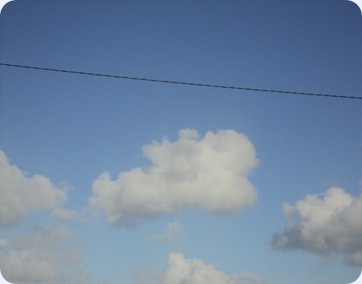 Vaguely reminds me of a bunny rabbit hopping away!

Posted by Breige at 3:02 AM No comments:

Day Two- What you wore today

I was lucky that I just about avoided having to wear a coat or jacket today. Unfortunately, with the weather being not so great I didn’t get to take a cool picture of me outside so this boring one of me inside will have to do. 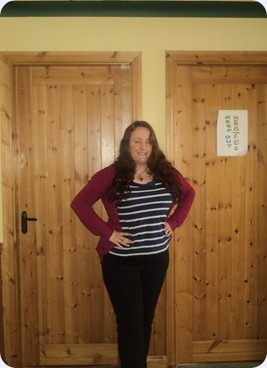 Necklace- From the amazing Deb at Ate By Ate Scrapbooking! Here’s a close up of it 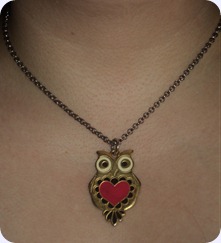 Isn’t it just adorable?! And I can wear it the other way around if I want, all gold with ‘Hoot Hoot’ in the heart. It’s the cutest piece of jewellery I own.

Day One- Self Portrait 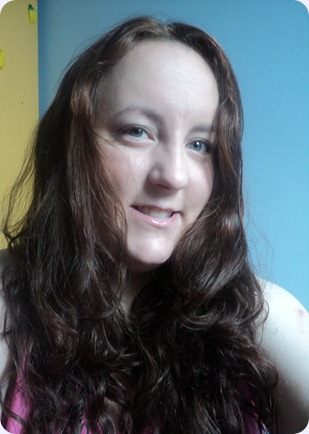 Will probably look different tomorrow as I’m thinking of dying my hair!
Posted by Breige at 9:22 PM 2 comments: