August is Women in Translation Month, something I became aware of when I read a post from Chloe from Nurse Fancy Pants on Bean Magazine. And then I saw Rincey from Rincey Reads do a video about the Women in Translation Readathon. The readathon is running 25th August to 31st August.  She linked a video to one of the hosts, Matthew Sciarappa, which has all the info for the readathon, including all the prompts.

So I decided to do a post recommending some of the books by women in translation that I’ve read before. And while compiling the list, I realised that I’ve not read a lot of translated works but looking at the list it seems pretty evenly split. A mixture of children’s books, literary fiction, non-fiction, romance and graphic novels.

The Diary of a Young Girl by Anne Frank 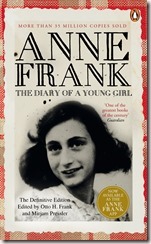 While this book probably needs no introduction, I’ll give a brief one anyway. Anne Frank was a Jewish teenager who was gifted a diary for her 13th birthday. It’s a first hand account of the two years Anne and her family hid from Nazis in Amsterdam during Second World War. They were eventually found and sent to work camps and only Anne’s father survived, who later published the diary into a book. Originally published in Dutch, it’s well worth the read for the historical aspect but also as an insight into a teenage girl’s mind. 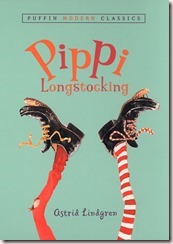 Pippi Longstocking is a children series about Pippi, a girl with red pigtails, mismatched socks, a horse that lives on her porch and no parents. Pippi has all sorts of crazy adventures. I remember reading this book on some outing with my grandmother. And I loved Pippi so much that I once dressed up as her for a World Book Day contest in school! Originally published in Swedish. 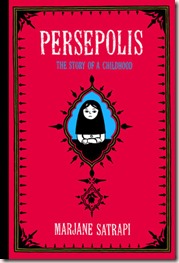 Persepolis is a graphic memoir about Marjane, a girl living Iran during the Islamic Revolution. I loved this series, it’s a fantastic mix of stories from Marjane’s life and family and the historical significance and changes in Iran. A look at the daily life in the home and life in public. Book two sees Marjane as a teenager and leaving Iran to go study in Austria. It’s a lot darker and sadder but still well worth the read. The books were published originally in French. I’ve also read Chicken With Plums and Embroideries by Satrapi and would recommend them too.

Jane, the Fox and Me by Fanny Britt and Isabelle Arsenault 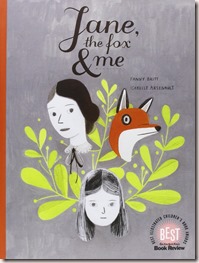 Sticking with graphic novels, Jane, the Fox and Me was also originally published in French. Hélène is a shy, insecure girl who’s being bullied. Her only real comfort is reading Jane Eyre. The story was heart breaking at times but I really loved it and the colour choices for the illustrations were beautiful. As I warned last time I posted about it, there are spoilers for Jane Eyre so be aware of that if you haven’t read that! 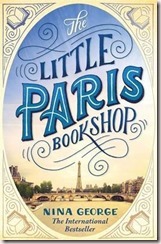 Jean Perdu owns a book barge, prescribing the perfect books for his customers and their problems. Ever since the love of his life, Manon, left him two decades earlier, he’s lived a very simple life, devoid of pleasures. Until he finds an unopened letter from Manon, explaining why she left. Jean decides to take his barge to down to Provence, to where Manon was originally from to find more answers. I thought it was a sweet book about a physical and emotional journey. And who doesn’t love the idea of a book barge?! And if you think this another book that was originally published in French, then you’d be wrong. As it was first published in German. I read George’s other book, The Little Breton Bistro, earlier this year and enjoyed that too. 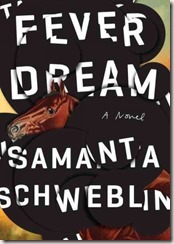 Amanda is dying in hospital and wakes up to find David, a little boy, next to her. David is not her son nor is he there to tell her what happened. Instead he asks her questions about why she is there and from that we see the story unfolding and find out who David is. Originally published in Spanish, the book was confusing and nightmarish at times and I was completely engrossed by it. I read it in one sitting late one night as I couldn’t put it down. I have a full review here which you can read if interested.

The Elegance of the Hedgehog by Muriel Barbery 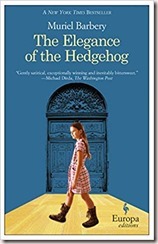 What do a 50 something year old concierge and a 12 year old in the middle of Paris have in common? You’d probably think not much but while Renée looks to be a typical concierge, she is secretly very educated and cultured. And 12 year old Paloma is highly intelligent and has decided on her 13 year old birthday to continue looking like a typical teenage girl on the outside, all while counting down the next 3 years when she plans to end her life. They strike up an unlikely friendship. I’ll admit, this book was tough for me to get through at first. I bought it in 2009, tried to read it several times over the years until I powered through and enjoyed it once getting 100 pages in. I didn’t like the main characters that much to begin with. Originally published in French, I may try another one of Barbery’s books in the future.

And while I’m not doing the Women in Translation Readathon, there is plenty of other books by women that are highly recommended. The Vegetarian by Han Kang won the Man Booker International Prize 2016 (Korean), the My Brilliant Friend series by Elena Ferrante (Italian), Daughter of Fortune by Isabel Allende, or really anything from Isabel Allende (Spanish), Kitchen by Banana Yoshimoto (Japanese), classic Bonjour Tristesse by Françoise Sagan (French) or a crime novel from Yrsa Sigurðardóttir (Icelandic). And these are just off the top of my head. Goodreads has a fantastic list for Women in Translation which I’ve linked here. Let me know if I’ve missed anything obvious or what your favourite is in the comments below or on Twitter.

Posted by Breige at 4:05 PM No comments:

2018 Most Anticipated Books May- August

A Court of Frost and Starlight by Sarah J. Maas- This novella is like a bridge between the original A Court of Thorns and Roses series and the upcoming series set in the same world but centring around a different character.

The Surface Breaks by Louise O’Neill- A feminist retelling of The Little Mermaid and the second book this year from Louise O’Neill, the first being Almost Love released in March.

Loch of the Dead by Oscar de Muriel. 4th book in the Frey and McGray series, the chalk and cheese detectives series set in Scotland. Set in Victorian times, the series is very atmospheric and gothic and I love the mysteries involved too. This one is set in the Scottish Highlands at Loch Maree.

Save the Date by Morgan Matson. I’ve read two of Matson’s books and I really need to read more. They’re perfect contemporary summer reads! Save the Date sees Charlie’s family come together in the family home before her older sister’s wedding and nothing goes to plan.

How to Be Famous by Caitlin Moran. This is the follow up to How to Build a Girl, Moran’s YA book that’s based on Moran’s life. We get to see Dolly Wilde a.k.a. Johanna Morrigan, living her cool life in London as writer for music magazine and I’m sure it’s just as funny and frank as How to Build a Girl.

Catwoman: Soulstealer by Sarah J. Maas. The 3rd book in the DC Icons series. I read the first which was Wonder Woman: Warbringer by Leigh Bardugo which was ok and I might pick up the second one Batman: Nightwalker by Marie Lu at some stage. But Catwoman was always the one I wanted to read in this series and I hope she kicks ass in it! 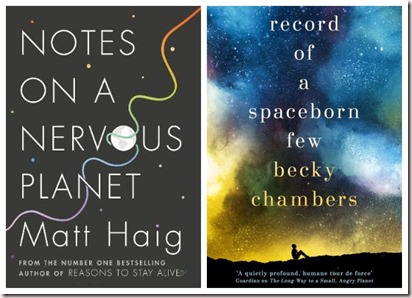 Notes on a Nervous Planet by Matt Haig. I read Reasons to Stay Alive in 2015 and this seems to be a follow on from that. I listened to the audio book and I think I might do the same with this one. It’s also one of the Rick O’Shea Book Club Book of the Month for August so I have no excuse not to pick it up ASAP really!

Record of a Spaceborn Few by Becky Chambers. The 3rd book in the Wayfarers series. I have SO much love for A Long Way to a Small Angry Planet and A Closed and Common Orbit. Those books just sucked me in and I love how Chambers writes her characters. I don’t really know anything about this one and I want to keep it that way until I read it really. All I know is that there will be space and lots of emotions!

And that was May to August. I’ve only read 1 and half of these books so far as I’m in such a bad reading slump. Though there’s SO many good books coming out September to December that I’m hoping I’ll get back on the reading train. I have a post for those books and unlike this post, you won’t have to wait until December to read it as I already have it written and ready to go for a few days times!