Yesterday I got the chance to go to Waterstones in Liverpool, where Rainbow Rowell was doing an author’s event! Beth from Plastic Rosaries very kindly gave me her spare ticket (or rather agreed to give it to me when I said I’d very kindly take it off her hands!).

Unfortunately transport was against me. Train was over 30 minutes late and once on it, the train company thought it would be wise to terminate it at the second last stop, because we weren’t late enough as it is! Which meant a 10 minute wait for next train. I eventually made it and caught the last 20-25 minutes of Rainbow, where she was answering questions from the crowd. Later I found out I missed her reading from Fangirl at the beginning! Damn you train company! (also, had a nightmare getting back as well, let’s just say I’m not a fan today of public transport).

After Rainbow was signing copies of her books, so I used this as the perfect excuse to buy the special collector’s edition of Fangirl. It’s sooooo pretty! 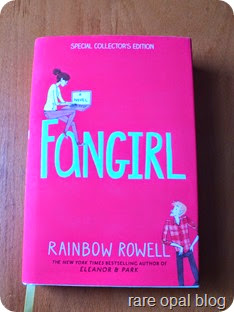 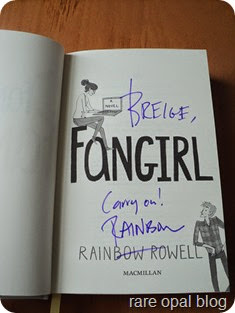 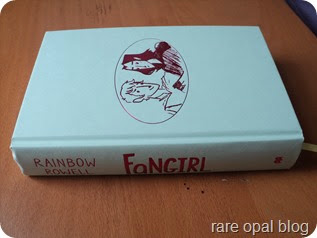 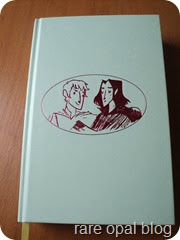 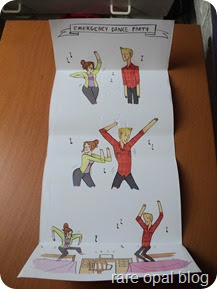 Pretty cool to have the name on the pages; inside of dust jacket, Emergency Dance Party!

Isn’t it just the best?! It was too pretty to leave behind. PLUS, if you bought a copy of the special collector’s edition, you got a tote bag too! Couldn’t not get it! 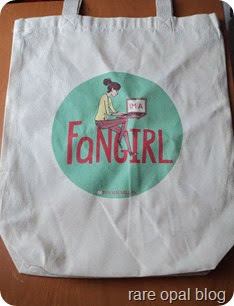 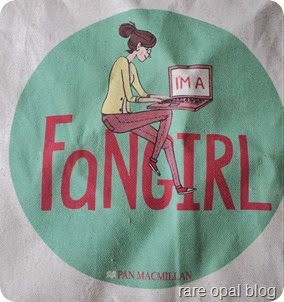 Meeting Rainbow was great, she’s just so happy, super funny and seems like great fun. I wanted to hang around and chat more to her but I doubt all the girls and guys in the queue behind me would have been happy about that! I did get a picture with her though. 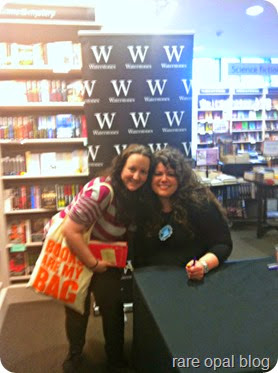 Afterwards, I finally got to meet Beth, I probably looked like a demented person trying to find her in the queue! I queued with her and then after we went to go chat for while, only leaving when a hen party entered the bar! I honestly could have sat talking to Beth for hours more, she’s great to talk to, especially since we have a common interest: BOOKS!

Overall I had a great time, this is the second author I’ve seen in person for a signing (the first being Suggs from Madness, got his book signed as a Christmas present for my Mum). I’m going to be on the look out for more book events. And thanks again Beth for the ticket, it was great meeting you! 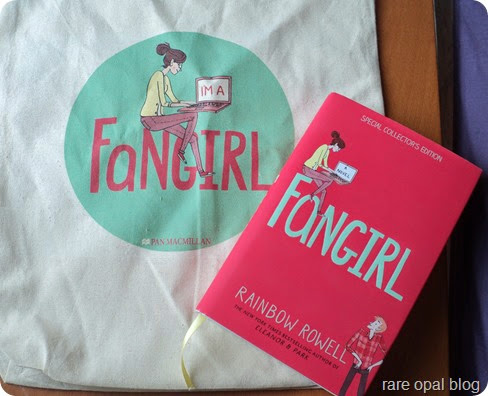 Email ThisBlogThis!Share to TwitterShare to FacebookShare to Pinterest
Labels: 2014, books